Our Halloween started last Wednesday night at our Church’s Trunk or Treat. It was so much fun this year! I let the twins pick out their own costume and they wanted to be pirates so obviously Maddie had to be a parrot.
I made Maddie’s costume because I didn’t like any of the parrot costumes I saw on the Internet or in stores. I always get this image in my head and if I can’t find anything remotely close to it, I will just make it. I can’t sew at.all. But I can glue;) 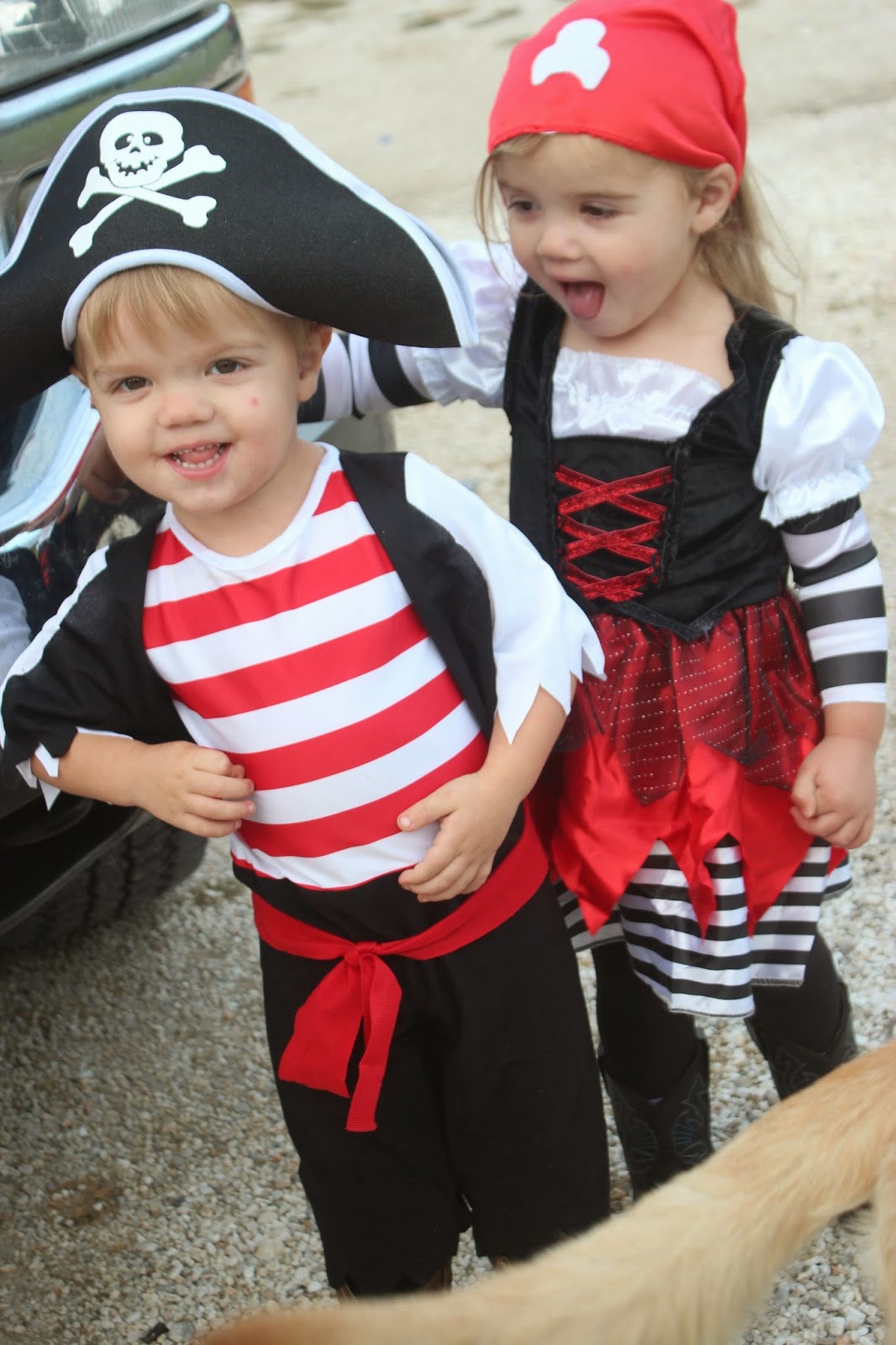 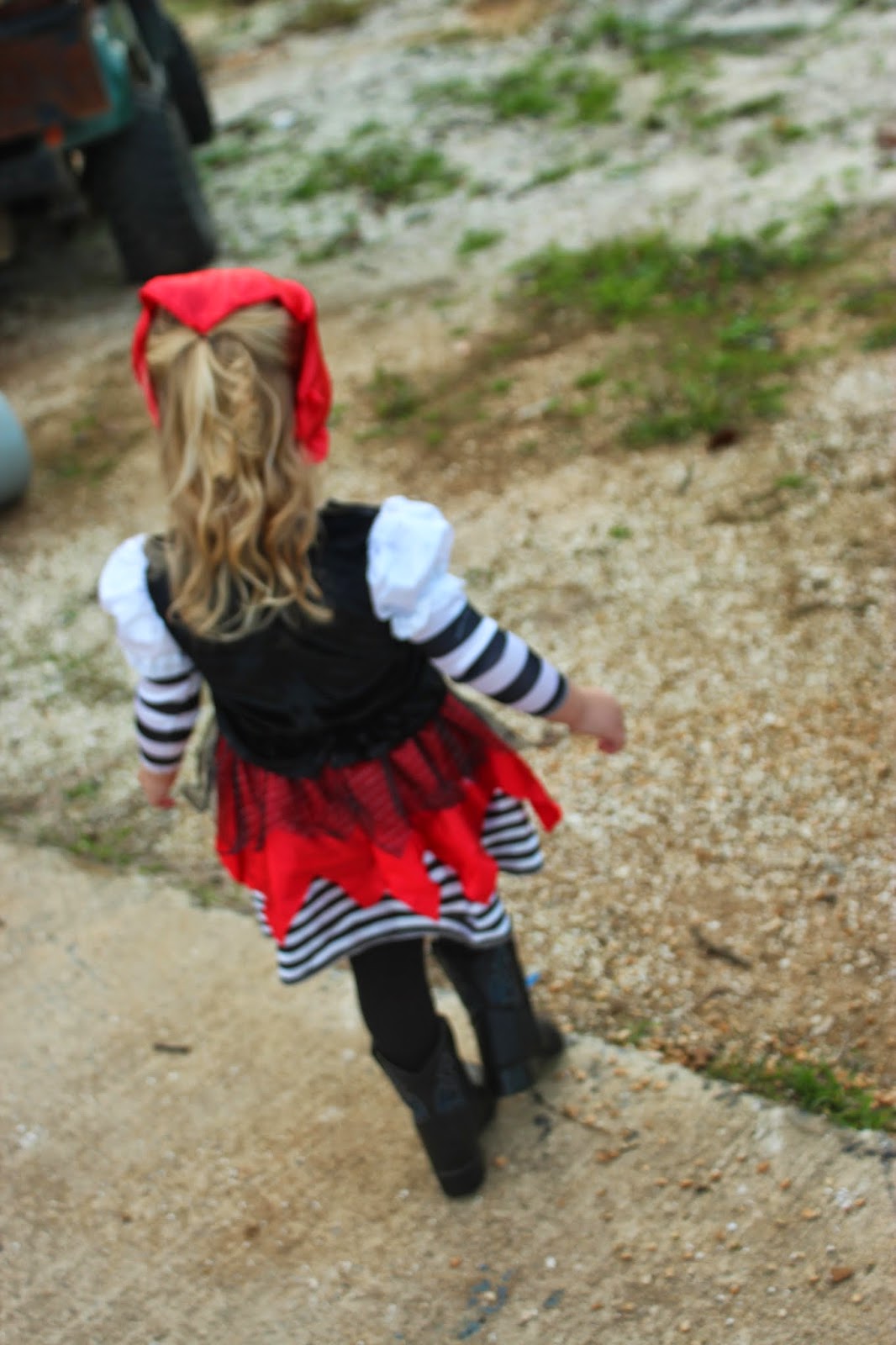 Can we stop right here and talk about Jocelynn’s hair? That girl has the most beautiful natural curly hair. It looked so pretty that day that it looked like I had circled it with an iron but I did not. I am so jealous of my two year olds hair.
Maddie wasn’t too fond of the toboggan I made her. She would try and take it off every time I put it on her. It was very chilly here that night and that weekend, so I really wanted her to have that on since the rest of her costume wasn’t that warm. Matt even put it on to try and show her it wasn’t that bad. My sweet parrot hubs. 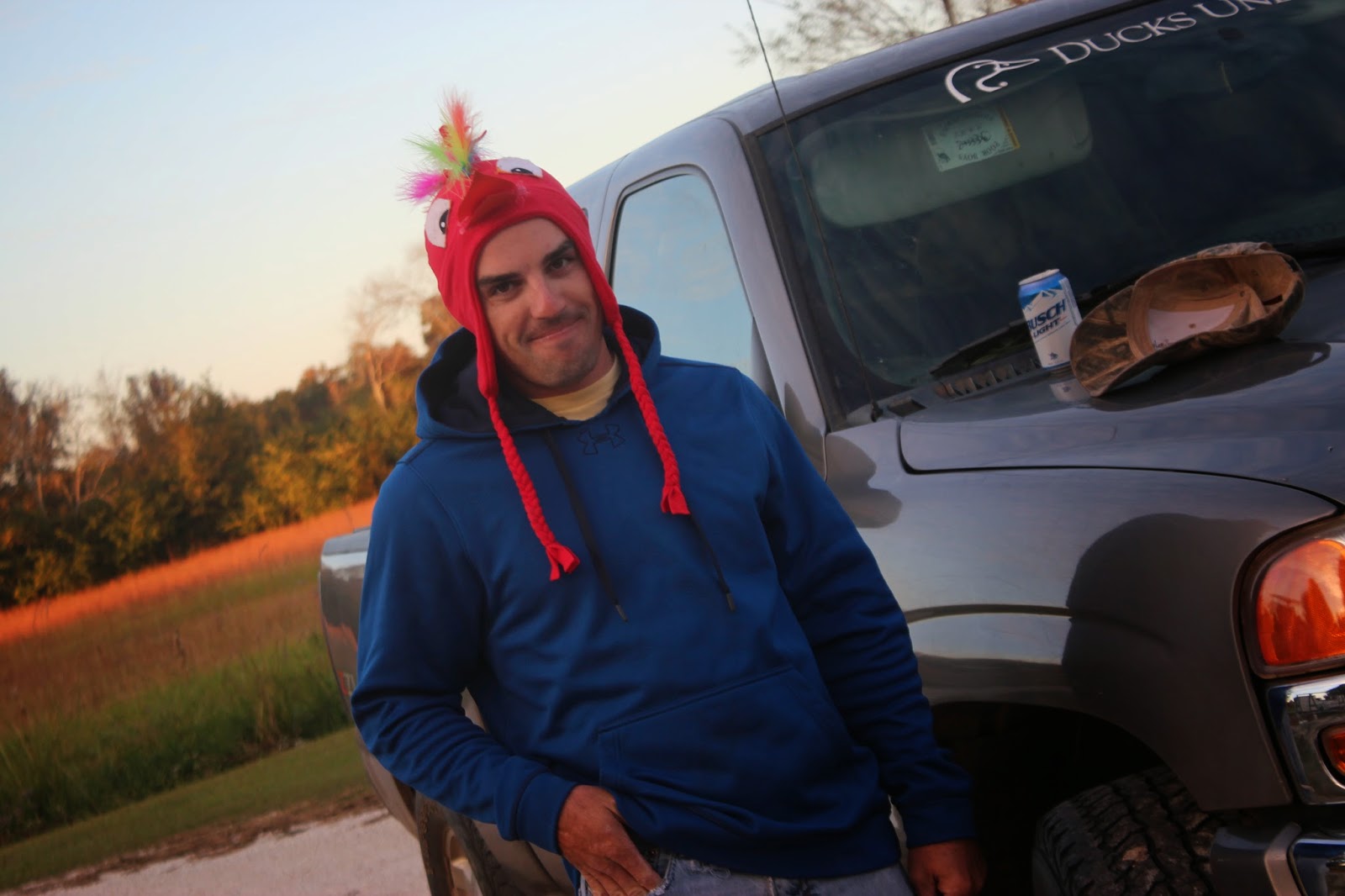 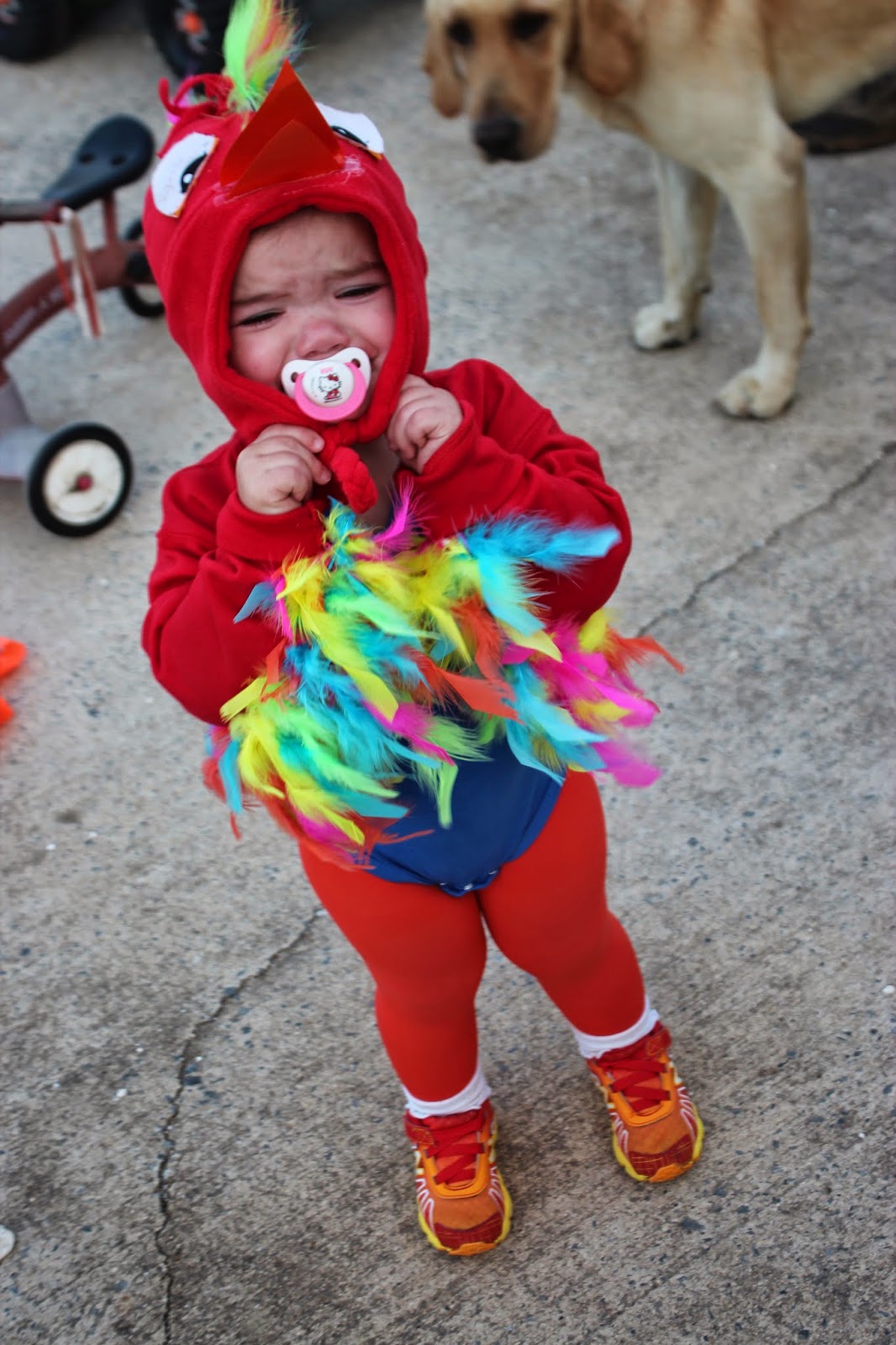 Here is a side view of Maddie’s costume. I took a blue onesie and glued a cut red sweatshirt to it. Added feathers to make the tail and then I made the hat with feathers, car stock and some eyes I found on a Pluto hat! She looked precious! 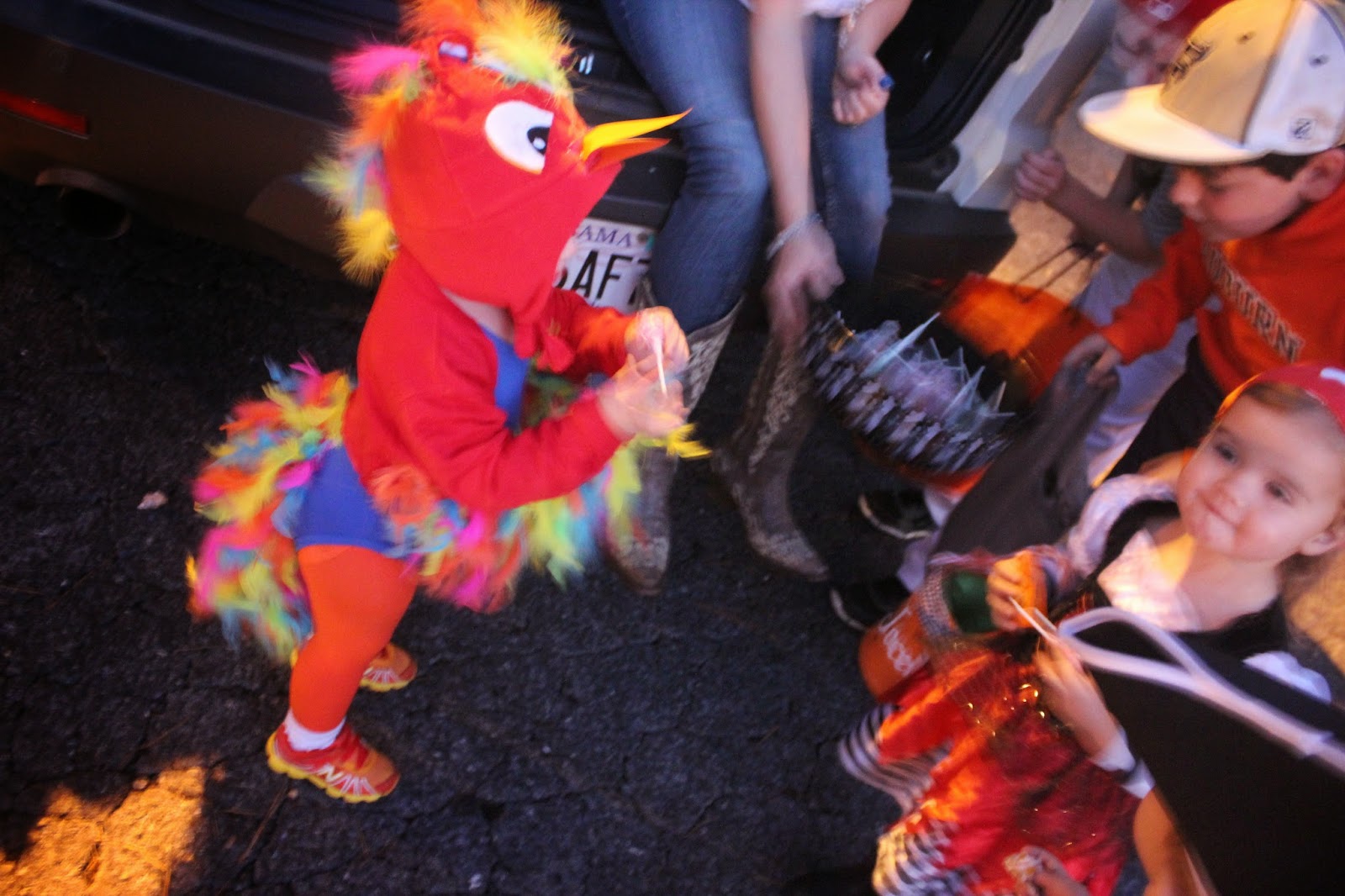 So how precious is my family? I’m so in love with them! 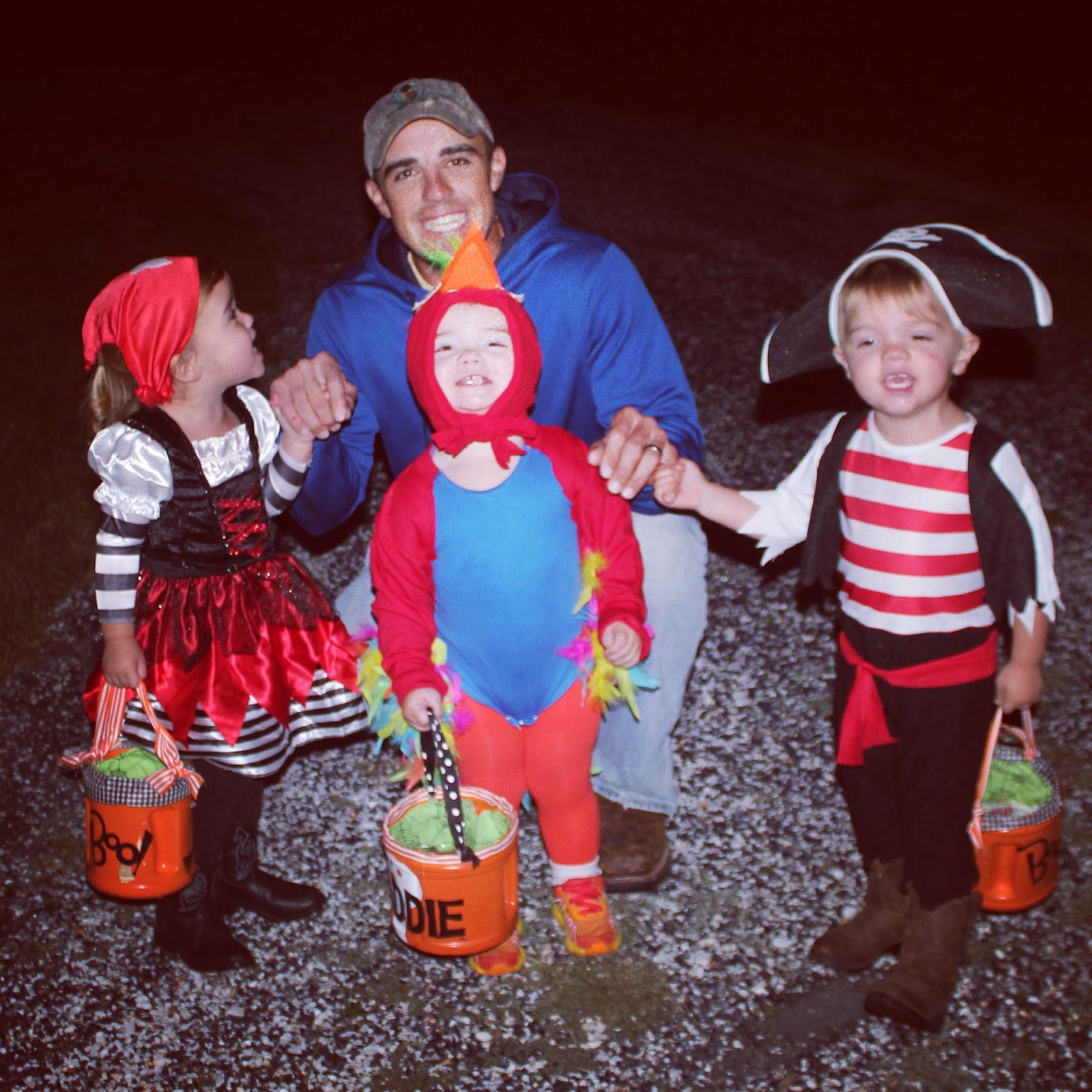 When we got home we told the kids that they could dump their candy out and pick one to two pieces. They all dumped their baskets of candy out and observed which piece they wanted for about 20 minutes. Jocelynn was smart. She dumped hers out on the couch where it was just her candy to explore. Maddie and JP dumped theirs out on the floor and the candy trading began. I looked over at Jocelynn and she had already ate 2 tootsie rolls. I just laughed and told her to pick her one more that she could have. Maddie chose a sucker and JP chose Reese Pieces. Good choices my babies. 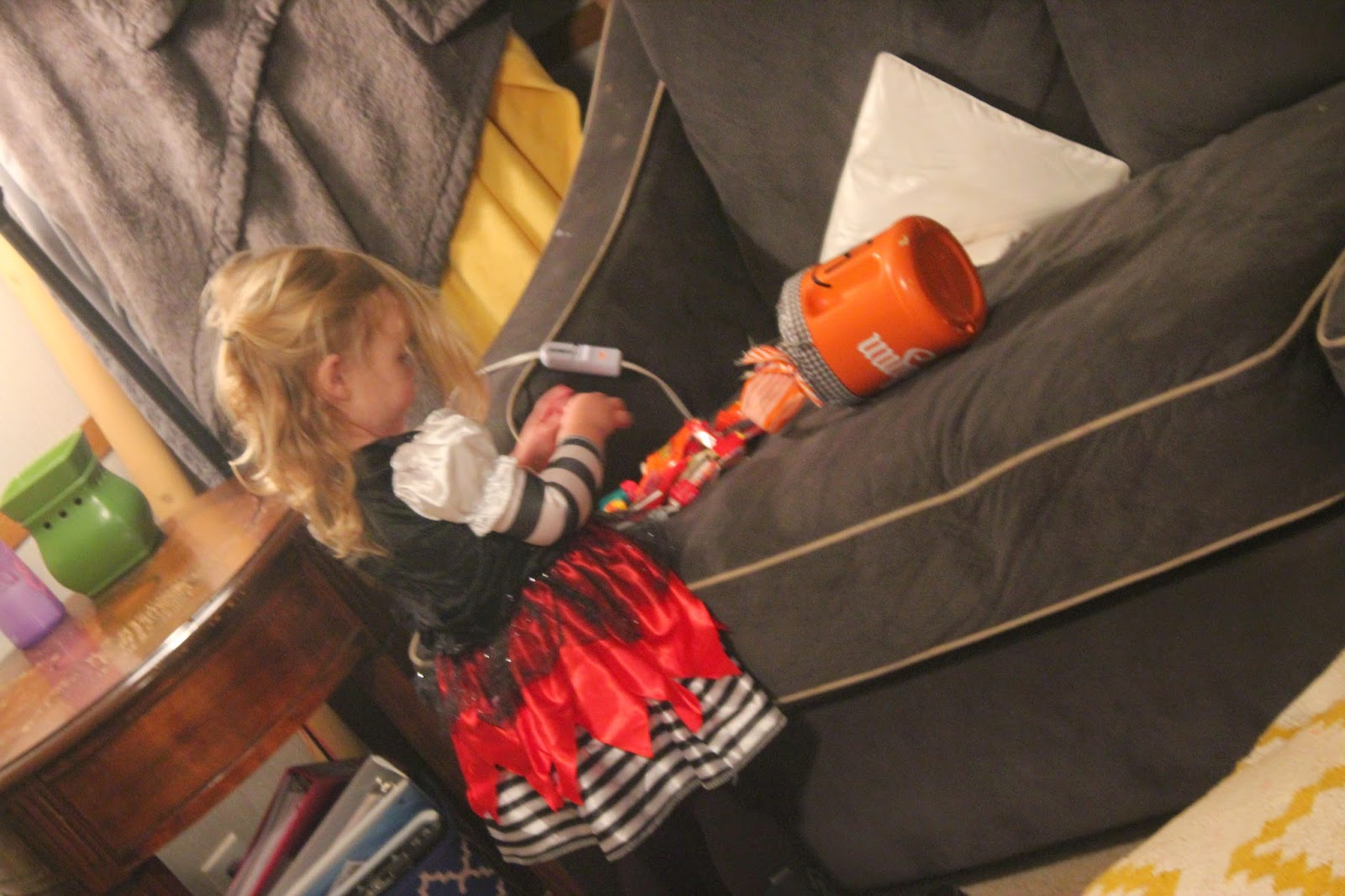 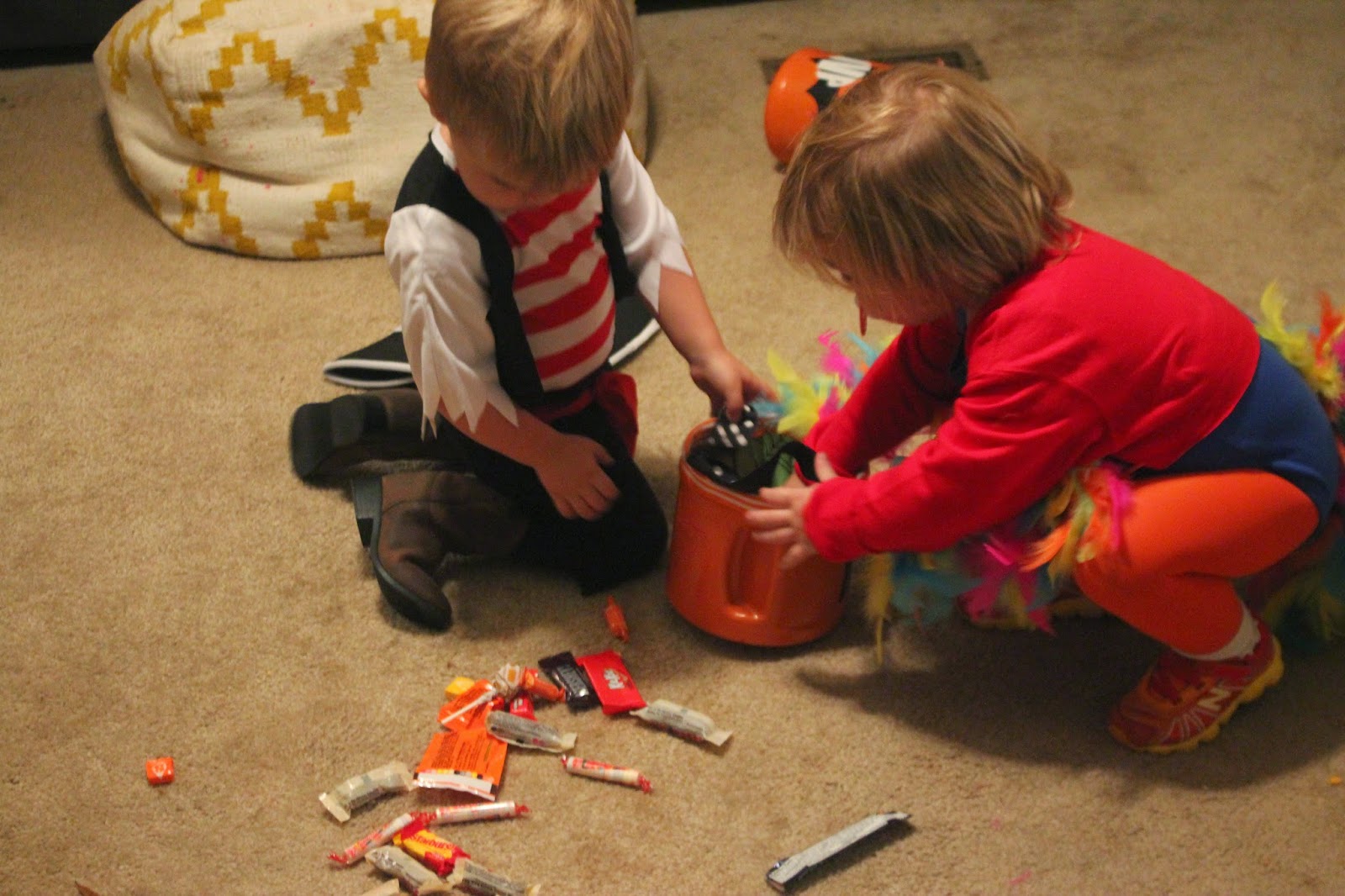 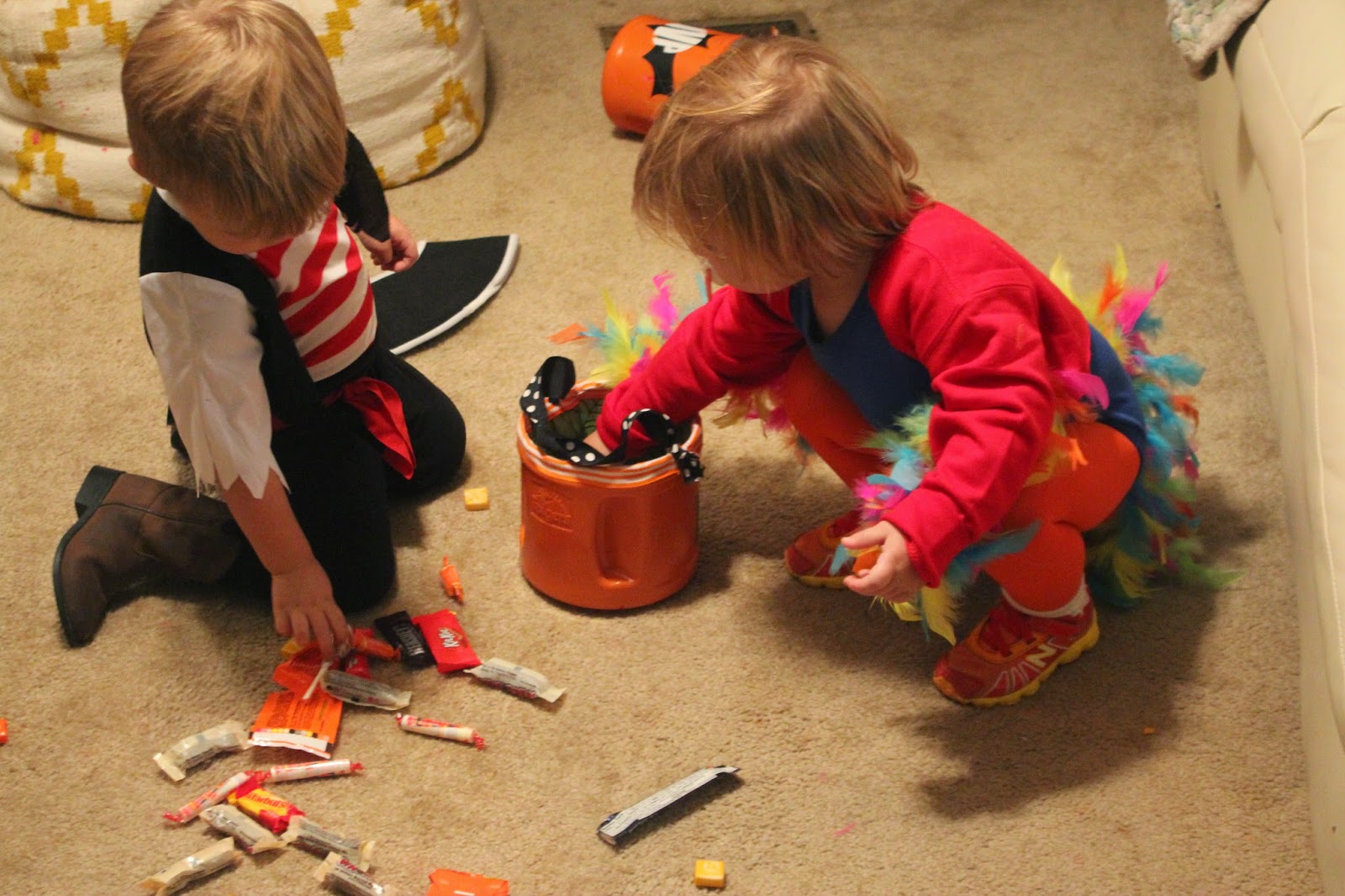 Thursday was Farmers day at school!! I ordered JP some overalls last minute from Amazon. They were SO cute! I also ordered them a couple cowboy hats to go along with their little outfits. We already had them cowboy boots because our kids are obsessed with boots. They were the cutest little farmers I have ever seen. And I’m not biased at all;) 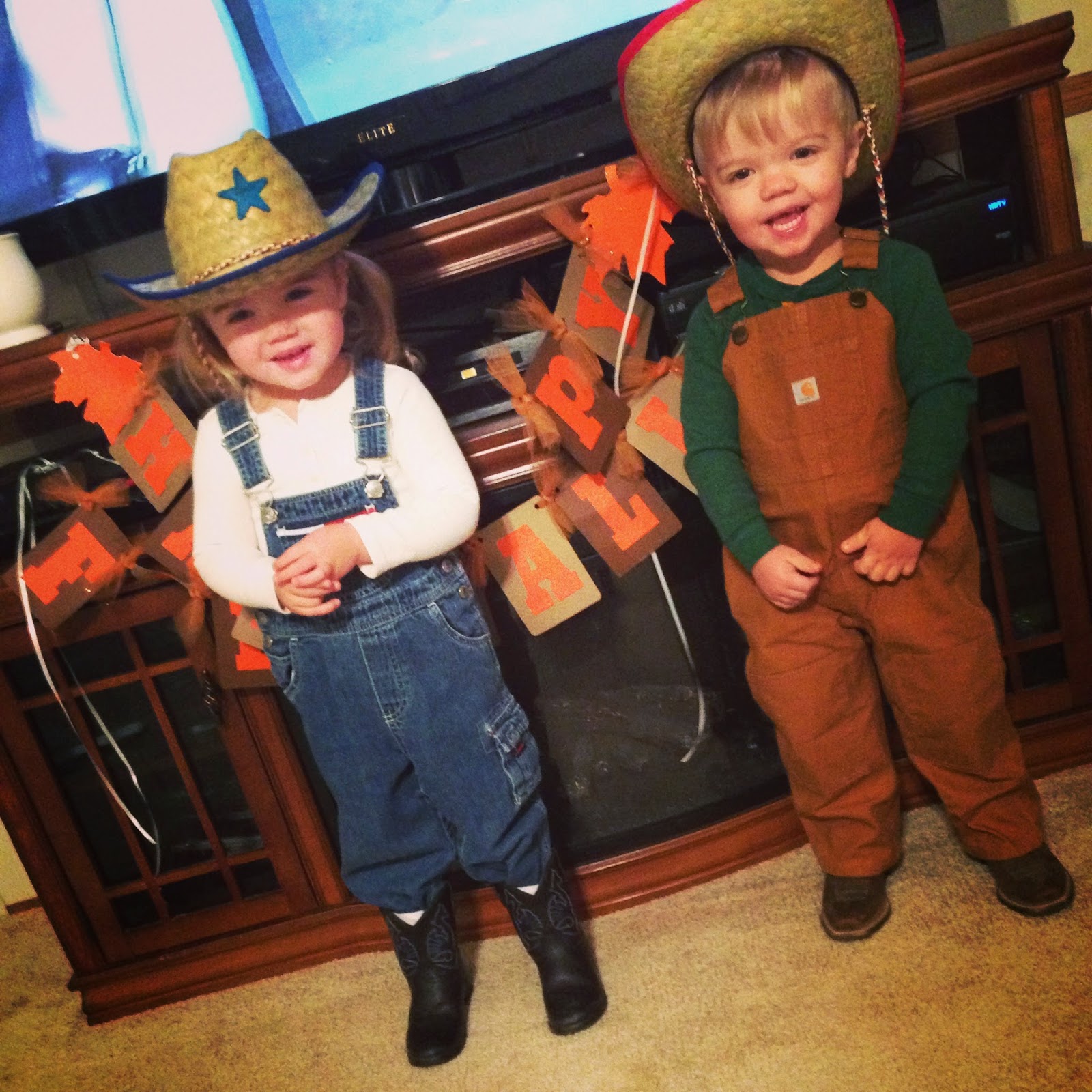 Halloween came and we were prepared for the day! Matt got home pretty early that day so we played with our babies, carved pumpkins and then went trick or treating. We wanted to go to our friends who were having a party but our babies are ready to crash by 7:30 so we knew that wasn’t in the books for us.
We carved our pumpkins before trick or treating and they didn’t know what to think about the “guts” of the pumpkin. I freaking love Maddie’s cheese face because she looks like Pop-eye every single time. 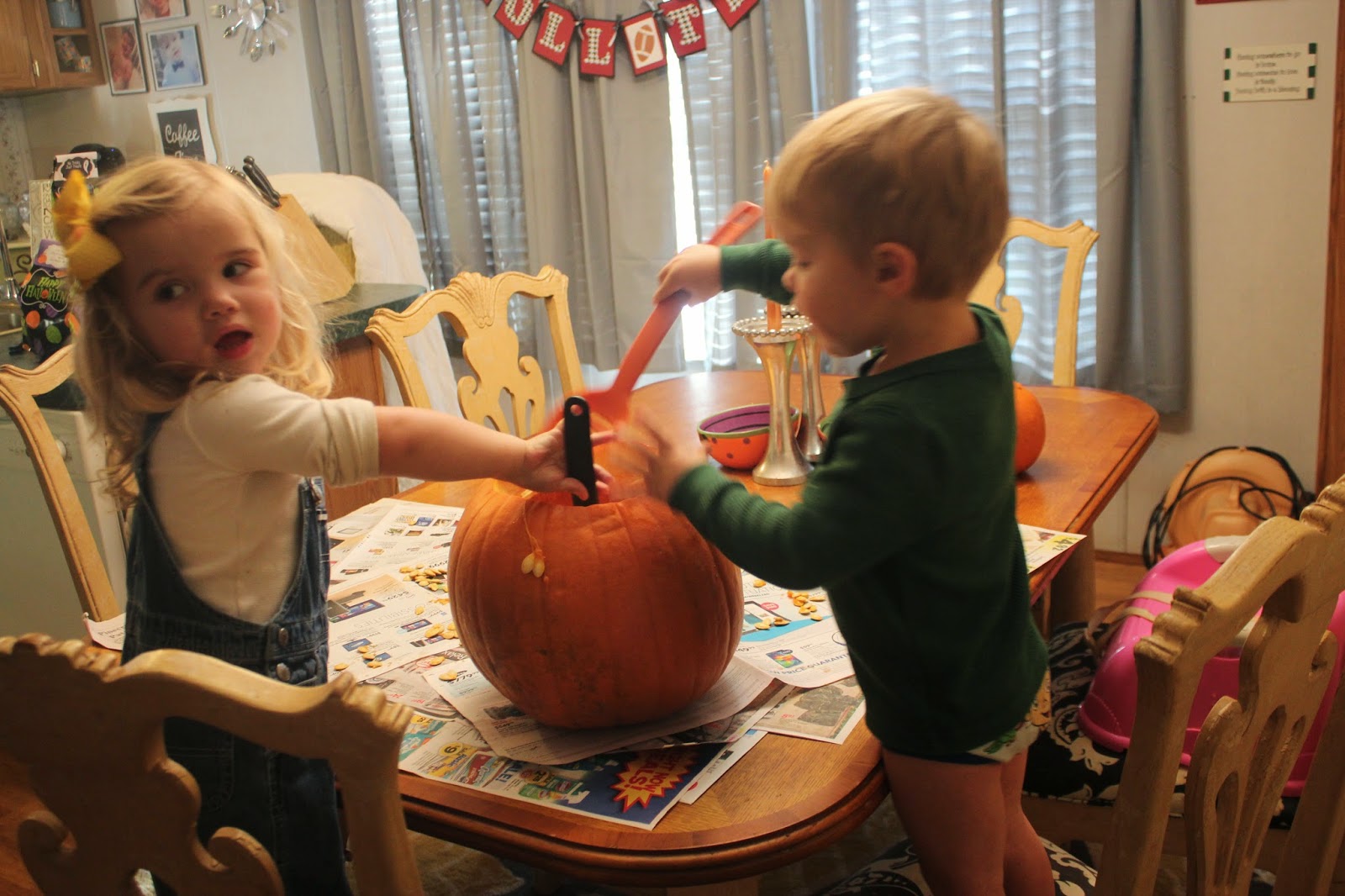 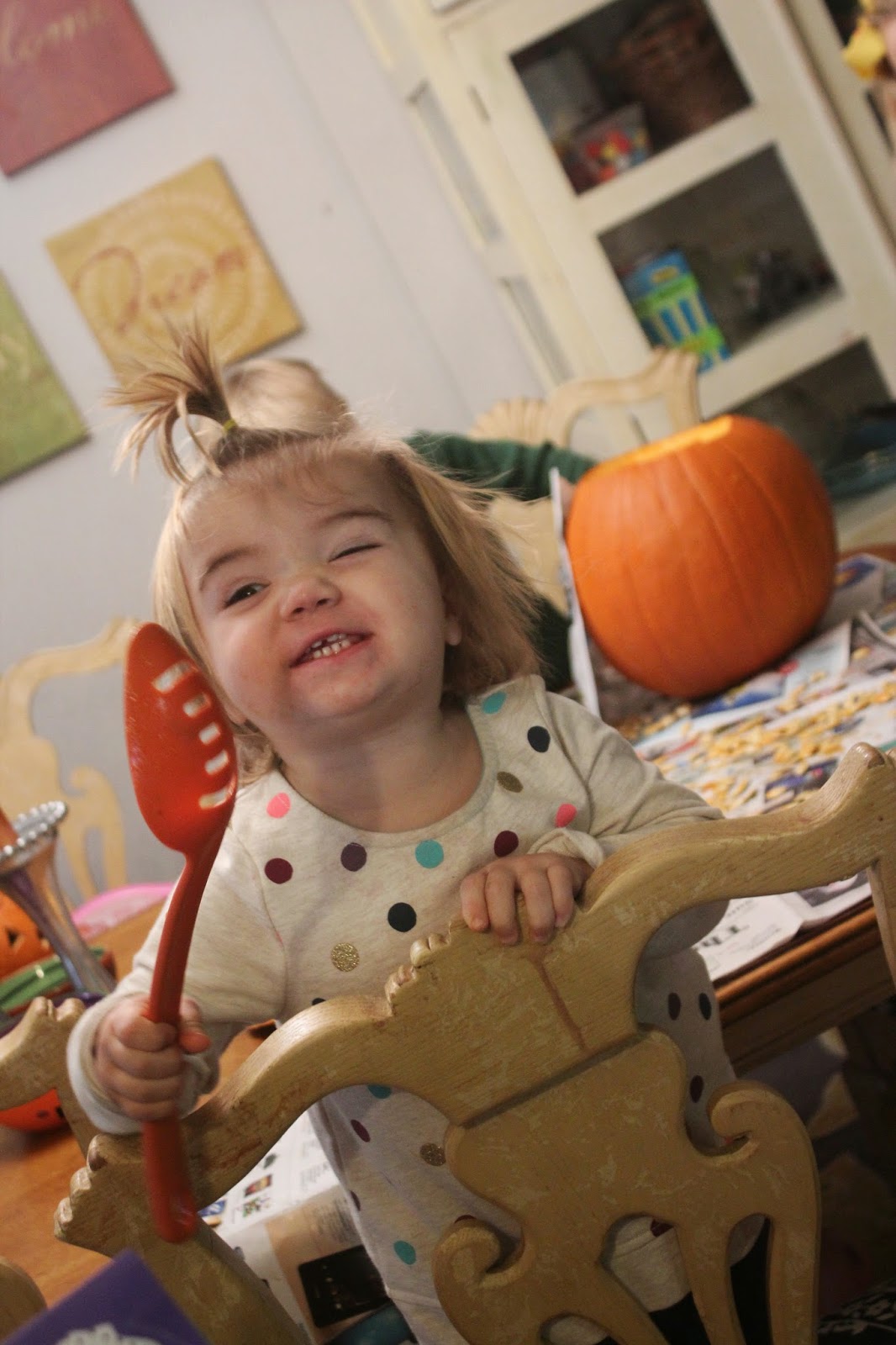 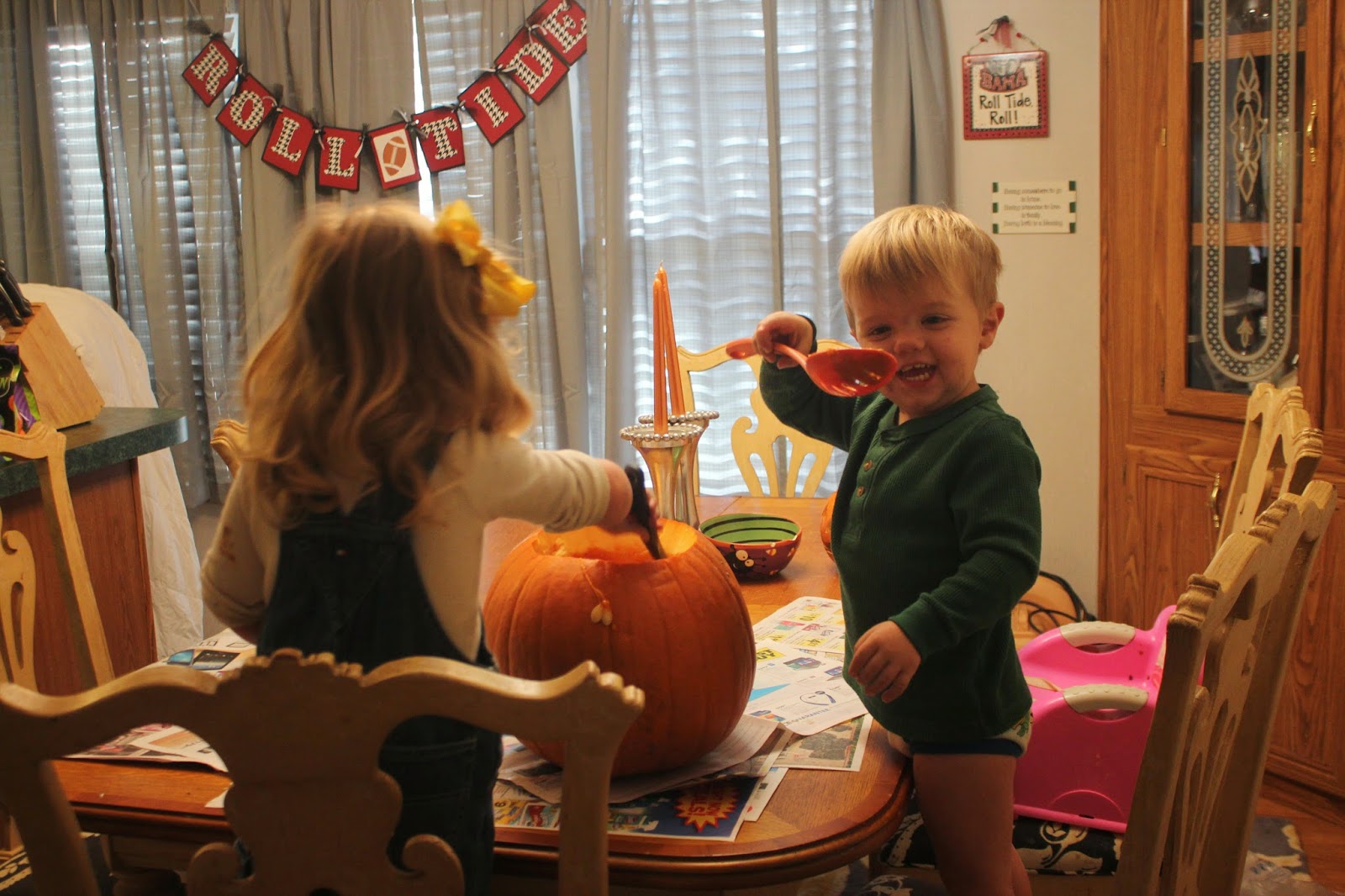 I used my silhouette to trace an image of Mr. Grouper from Bubble Guppies! I was the coolest mom that day for doing that! 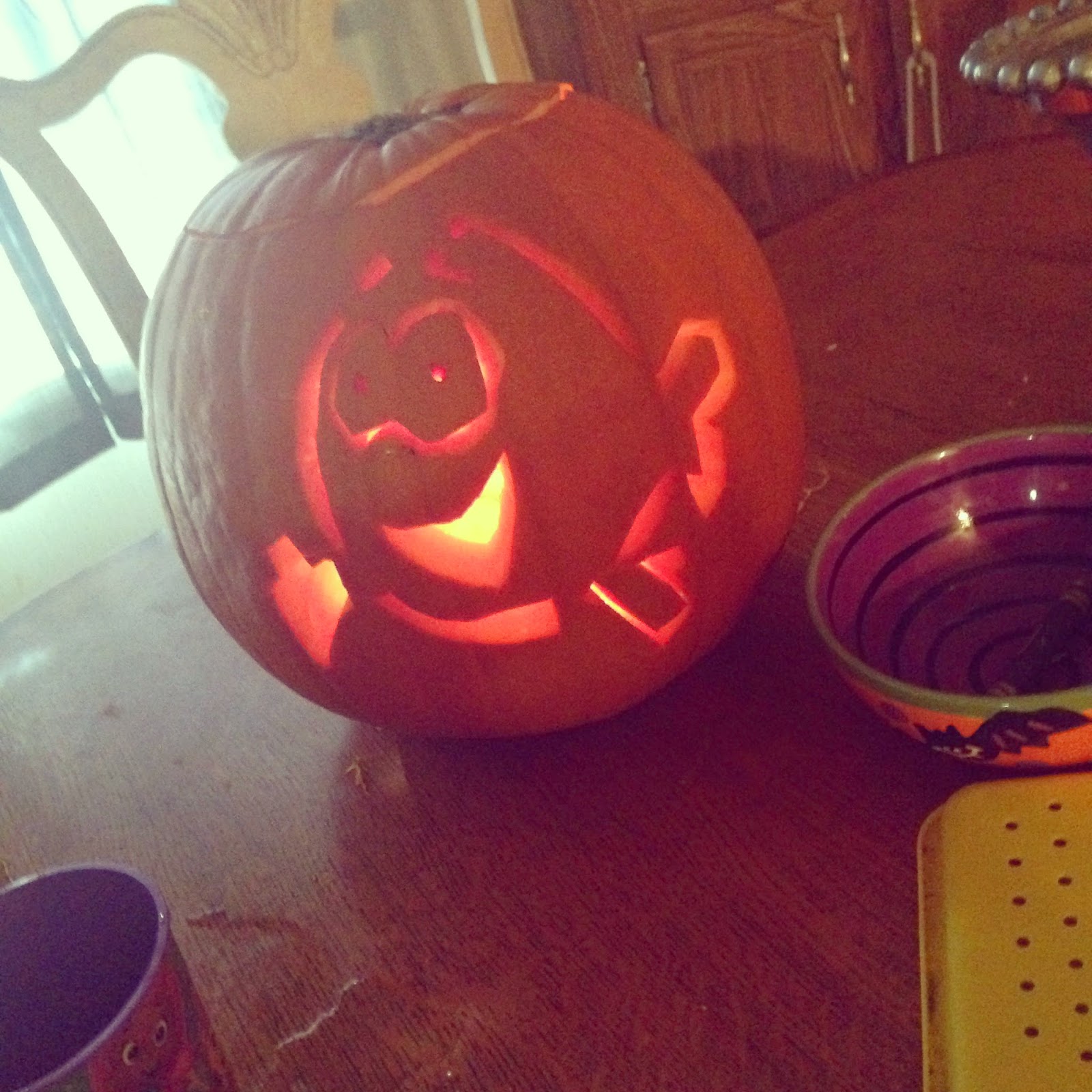 Trick or Treat time! Trick or treating is not a thing where we live. I mean we do live in the woods after all.. Ok not really but its a small town and not like house by house by house neighborhood. I told Matt its going to be so funny when they grow up, meet someone that lives somewhere else and they start talking about Halloween. JP and Jocelynn’s future reaction “What? You walk and trick or treat? You just go from house to house and actually walk? We ride in my daddy’s truck!” Yup, they ride in their daddy’s truck. We just take them a few places but they loved every minute of it. We will think about going to a neighborhood next year but for now while they are still little and easily entertained this works. I think they were pleased too because after every house we got back in the truck and JP shouted “I HAD PUN”! Sweet baby boy could have fun doing anything. 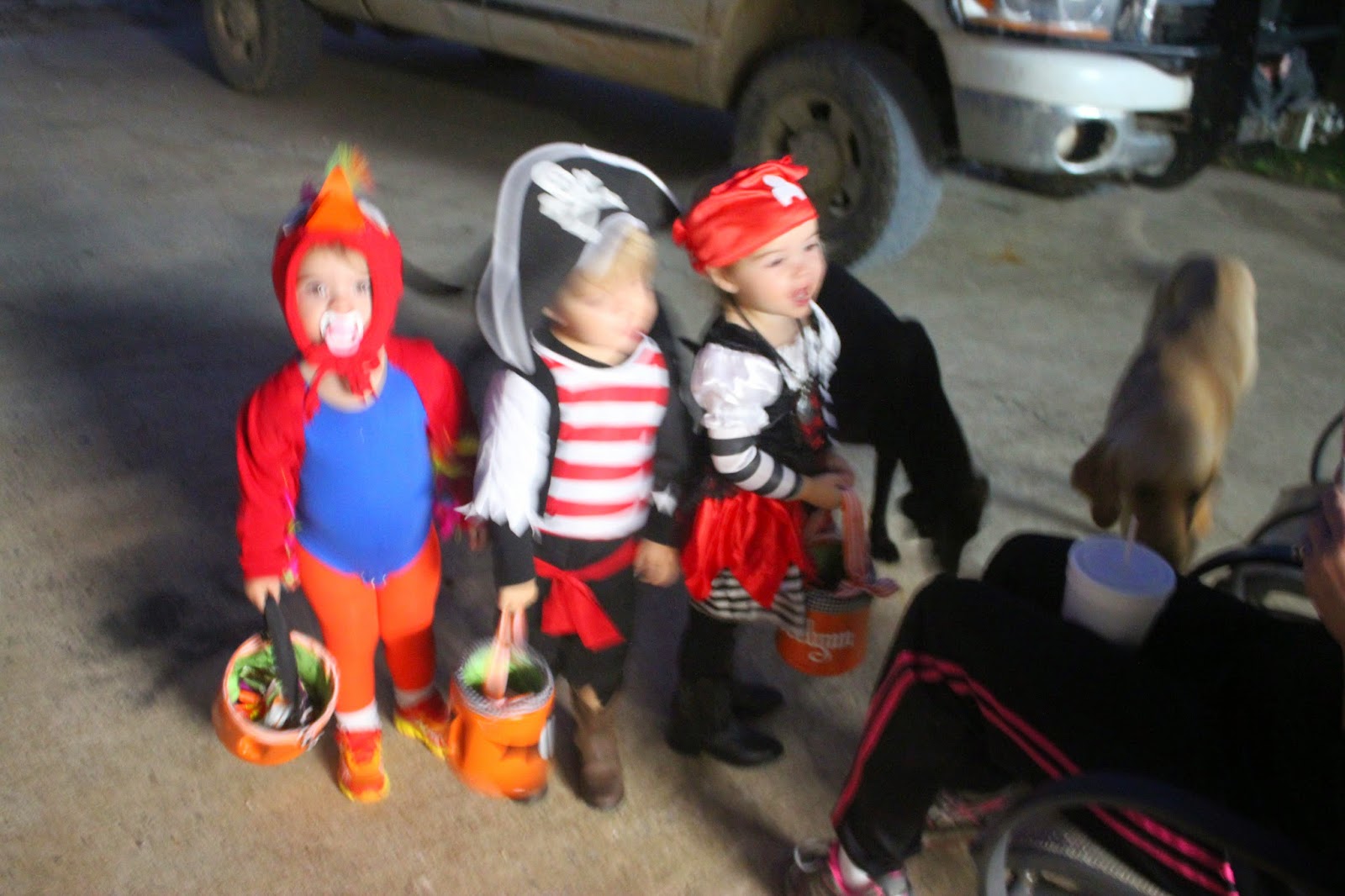 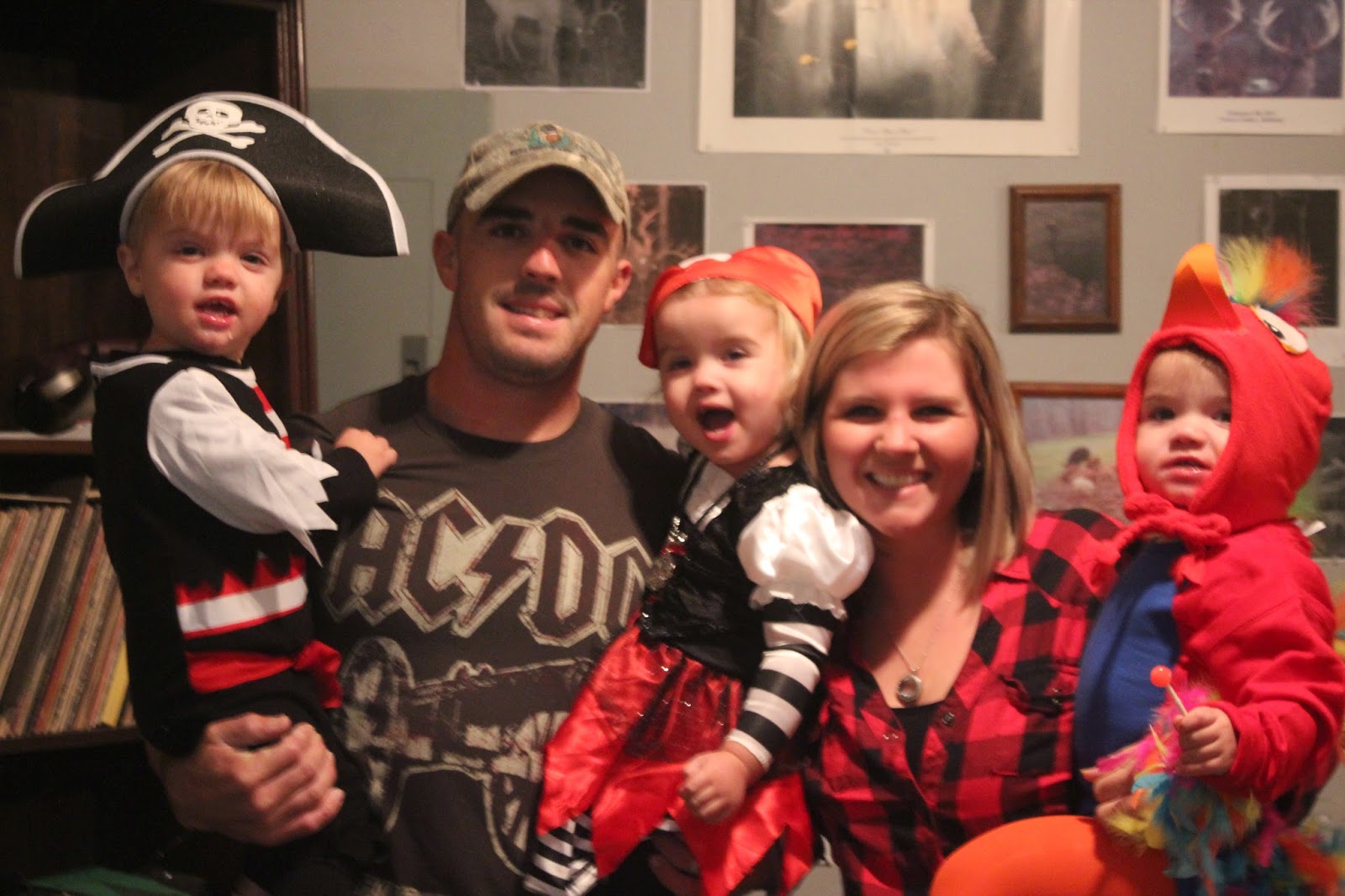 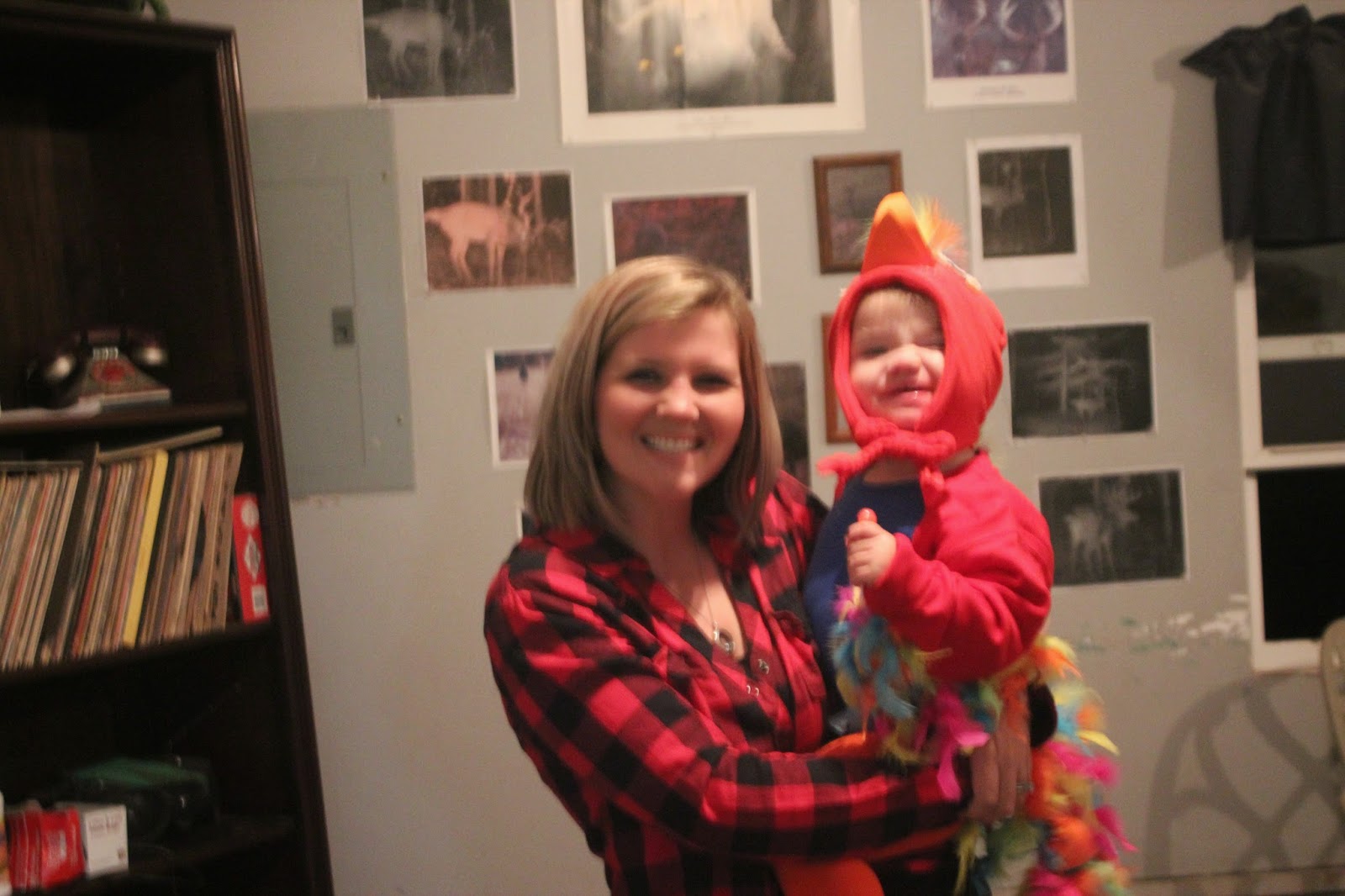 Its not a holiday if you don’t look back and see how much your babies have grown from the previous holidays right? I can’t get over these photos and how much they’ve all grown. Makes me want to cry how quickly its going by but oh how we are having so much fun right now. 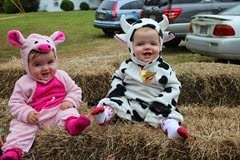 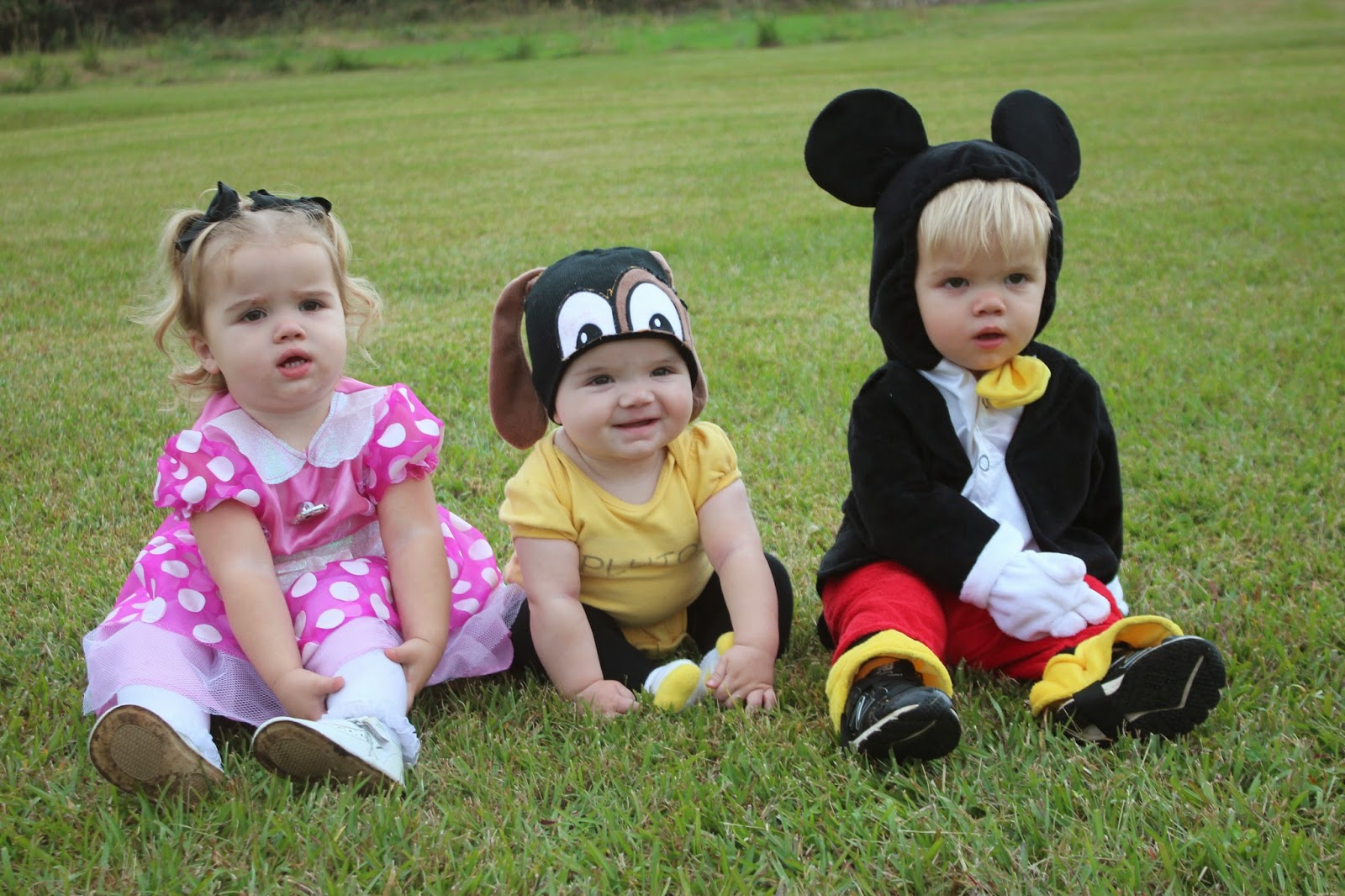 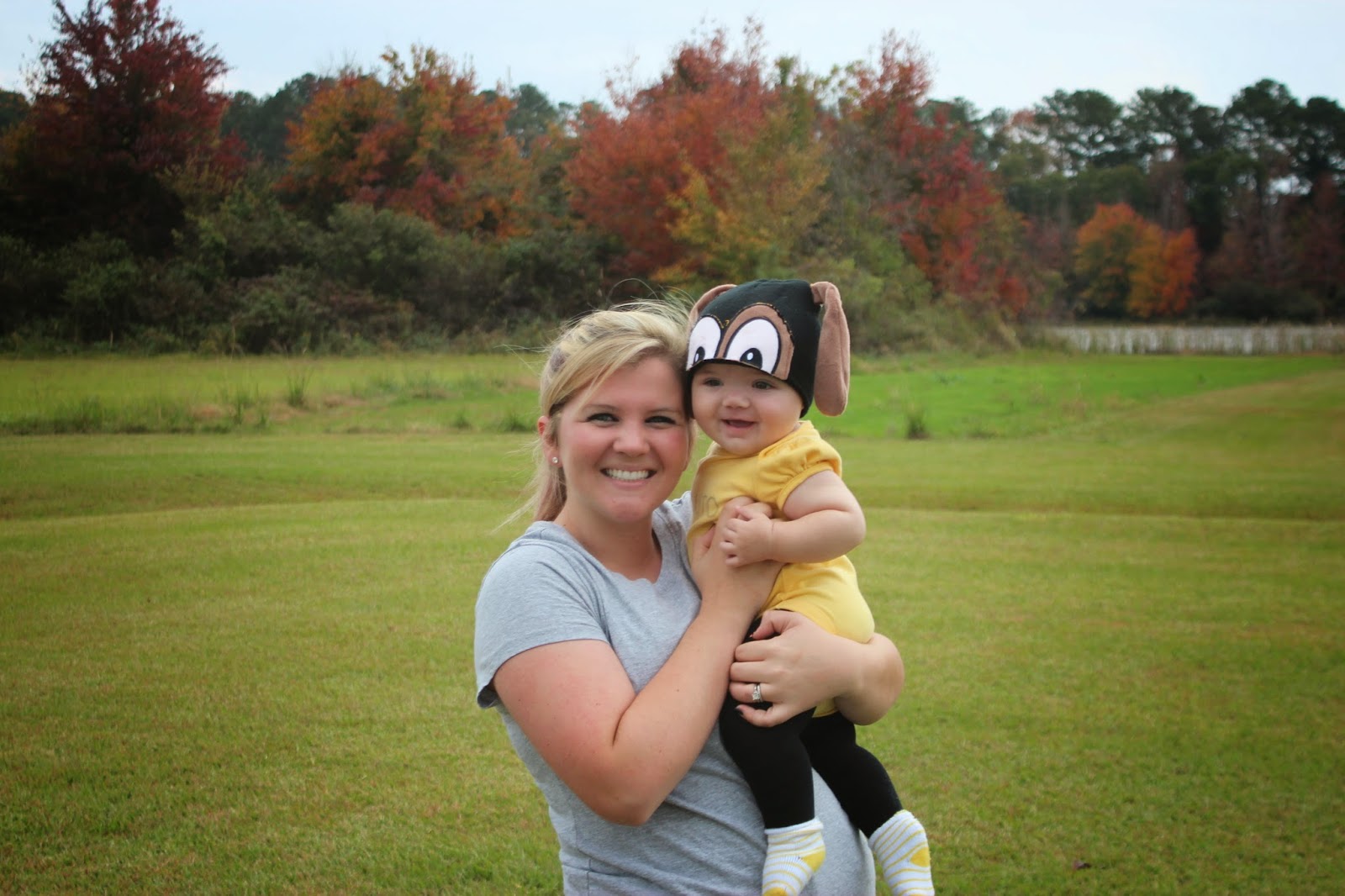 Hope you all had a spook-tacular HALLOWEEN!!