I will be the first to admit that I’ve been wrong about many things in my life. Its not always fun to admit you’re wrong but you have to be every now and then to learn new things.I was talking with one of my friends, Lindsay, the other day about how we felt when we found out we were pregnant the second go round. She found out she was pregnant when Hudson was 9 months, and you know I found out when the twins were almost 7 months old. We both admitted to being wrong about all the feelings we were consumed by after getting that positive sign.

Never, ever did I think I would be able to take a pregnancy test and actually get a positive sign. I didn’t take one with the twins because I was superstitious and I just wanted to wait on the blood test to be %100. Well, when the twins were around 7 months old, I knew it. I just knew I was pregnant. I told Matt over and over again and he didn’t believe me. So one night I told him we’ve got to go get a test and he replied with “you really think you are? I bet you aren’t”. OK babe. I’m pregnant and I don’t even need a test to tell you that. Long story short… We got home from going to get a HPT, I went into the bathroom to take it and as soon as I peed (TMI) on the stick a positive sign came up. I showed the hubs and we both started crying. I couldn’t believe it. He couldn’t believe it. We just paid so much money to get pregnant and now? BOOM it happened.

I cant even begin to tell you all the feelings I felt after finding out I was pregnant. I was so happy that HE had blessed us with a child but couldn’t help but let my mind wonder other thoughts too.

Am I taking away Jocelynn and JP’s “baby-hood”? They are just babies, are they going to get enough mommy time? Are they going to hate me because they are going to have another brother/sister at such a young age? What if they are jealous? How can I hold both of them with such a big belly? How am I going to give them enough attention when the baby comes?

And so on, and so on. Oh, how I was wrong about every.single.thought. Yes, they were babies when I found out I was pregnant and no I didn’t stop loving on them any less because I was pregnant. I don’t think they got ripped of any mommy time or daddy time. In fact, we did so many things with them before Maddie’s arrival and had so much fun. When we brought Maddie home we had a little bit of trouble with Jocelynn being jealous and just “adjusting” to things but I think that’s completely normal. All of those thoughts I had previously had quickly faded when I saw how much they loved their baby sister. I had realized that I didn’t deprive them of “baby-hood”, I was actually giving them one of the greatest gifts, a sibling. A sibling they could love, take care of, help mommy feed and burp. This has been such a fun journey. I told myself my whole pregnancy that this is going to be so hard. How am I going to raise three babies under 15 months? Well, the twins are 20 months now and Madelynn is almost 5 months and we couldn’t be having more fun! It is hard sometimes but I love every single bit of it. I’m so glad HE gave us Maddie. He gave Jocelynn a “doll”/best friend, JP a sister to lookout for, and me and Matt a blessing.

So for all of you who are pregnant right now and you are so worried about everything, all I can tell you is don’t be! I know, sounds simple and impossible. All I can tell you is that your life is about to be so full of love and so much fun! Don’t let your mind go there. I have three under 20 months y’all and I couldn’t not love my life anymore right now. Its truly amazing what another baby can do for your family. A little craziness mixed in with a lot of love is called a very blessed family.

Have a great Labor Day!! 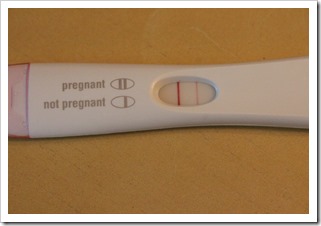 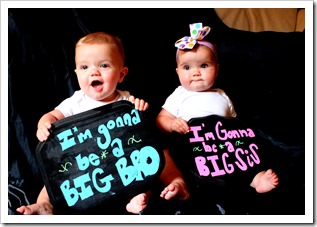 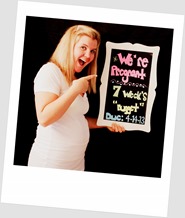 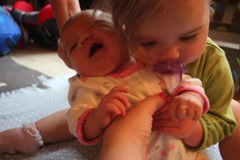 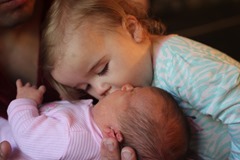 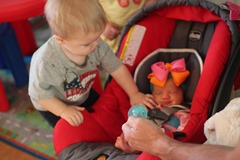 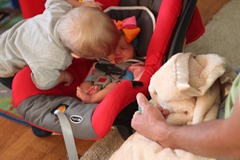