It was a bad week

Last week was hard. Hard doesn’t even begin to describe it.

Jocelynn and JP are both teething. BAD. But they only have a few more teeth to get in before the two year molars. I guess that is a plus. They have been super whiny here lately and it gets so hard when they get like that. Don’t get me wrong, it is perfectly normal for them to act that way. I mean its just apart of growing up. But when I’m trying to nurse Maddie and all JP and Jocelynn want to do is cry and all they want is for me to hold them..its hard. I think they are also just adjusting to sharing mommy. A lot has changed for them in the past two months and I’m trying my hardest to comfort each child the best I know how. The past two days I’ve been pumping more and bottle feeding Maddie when the twins are up so I’m able to give them attention at the same time. We are all working together to make this work and I am confident that things will get better soon;) Especially once those little devils pop out of their gums.

On top of all of that my dad went to the hospital 2 weeks ago today because he was in so much pain. He has been dealing with a disease called diverticulitis for a while now. A little about the disease thanks to WebMD:

Diverticulosis happens when pouches (diverticula ) form in the wall of the colon . If these pouches get inflamed or infected, it is called diverticulitis. Diverticulitis can be very painful.

Doctors aren’t sure what causes diverticula in the colon (diverticulosis). But they think that a low-fiber diet may play a role. Without fiber to add bulk to the stool, the colon has to work harder than normal to push the stool forward. The pressure from this may cause pouches to form in weak spots along the colon.

Diverticulitis happens when feces get trapped in the pouches (diverticula). This allows bacteria to grow in the pouches. This can lead to inflammation or infection.

What are the symptoms?

Symptoms of diverticulitis may last from a few hours to a week or more. Symptoms include:

His case has been pretty severe ever since he ended up in the hospital back in January. They knew they wanted to do a surgery on him to remove part of his colon but the doctor wanted him to be on a specific diet for 6 months before. He hasn’t had any flare ups since then but 2 weeks ago he was in so much pain that he ended back into the hospital. They gave him clear fluids the first few days and then decided he wanted to go ahead and operate. His surgery was at 12 o’clock (I cant even remember the day) one day last week. I had called my mom to see how he was doing and they were just prepping him. I told her to call me when she hears something. This type of surgery takes 2 to even 4 hours. I don’t have my phone beside me all day long because I’m nursing, taking care of toddlers, feeding toddlers, putting Maddie to bed or putting the twins down for a nap. I kept checking my phone and no one had called me yet. Matt got home and I decided to take a bath really quick before I had to wake up Maddie again. I got out of the bath and checked my phone to make sure I didn’t have any missed calls. I had two from my mom and one from my sister. I felt sick to my stomach. I just had that feeling way down in my gut that something had gone wrong or something just wasn’t right. I called my mom back and she had confirmed the feeling I was having. She told me that when my dad had woke from surgery he couldn’t catch his breath and it freaked him out and put him into cardiac arrest. When I heard those words I started shaking. My heart started pounding and of course I started bawling. She told me that they had “revived” him and he was ok. They had him in the ICU on a ventilator to help him breathe. It wasn’t breathing for him because he was breathing but it was helping him so he could relax more. I will you tell you something. There are a few words I never want to hear again, ever. And that’s cardiac arrest and ventilator. I cant even begin to tell you how terrified I was for my dad. I just sat there after my mom told me that and it was almost as if I was out of my body because I just went numb. She kept telling me over and over again that he was ok and I knew he was going to be because he is the strongest most bravest man I know. You still don’t want to hear that though. I started crying while I was talking to her and then she started crying. I hated it. I just wanted to be down there with them.

They took the ventilator out the next morning and he was doing good. He progressed in healing very fast. Every day I called he was getting a little better. I have got to tell you, there is nothing more scary than realizing the fact that your parents aren’t always going to be here and its even more scary when that realization comes to reality. I don’t know what I would do without my dad. He is the most wonderful man I know. He is kind, giving, appreciative, funny and all in general just wonderful. I’m so glad the Lord was looking out for him and answered all of my prayers. Thanks to you all too for praying for him. He is now home. He is still recovering but he is doing good. He’s back to making jokes so I know he is feeling better;)

I love you so much. You are my hero, my friend, my father. I will always love you. 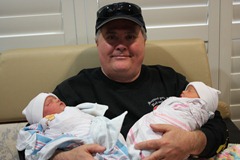 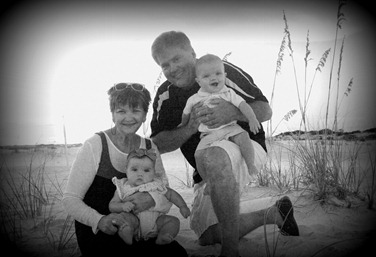 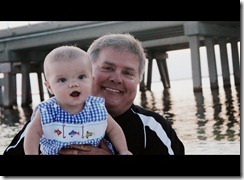 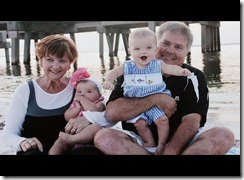 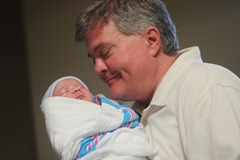 Thank you Lord for answering our prayers,