Phew, I thought this past week and weekend was never going to end. Before I start talking about that I want to talk about our weekend before the sickness started!
I bought a couple kites at Hobby Lobby a few weeks back. (Two) Saturdays ago, it was the perfect day to fly a kite. It was sunny, windy and beautiful outside. We drove to the hunting club on top of a cliff and flew our spider man and frozen kites! They twins love it so much. Maddie could care less. She played in rocks and dirt {of course}. After a couple hours of kite flying fun we drove back to the house to take naps. The babies, not us. 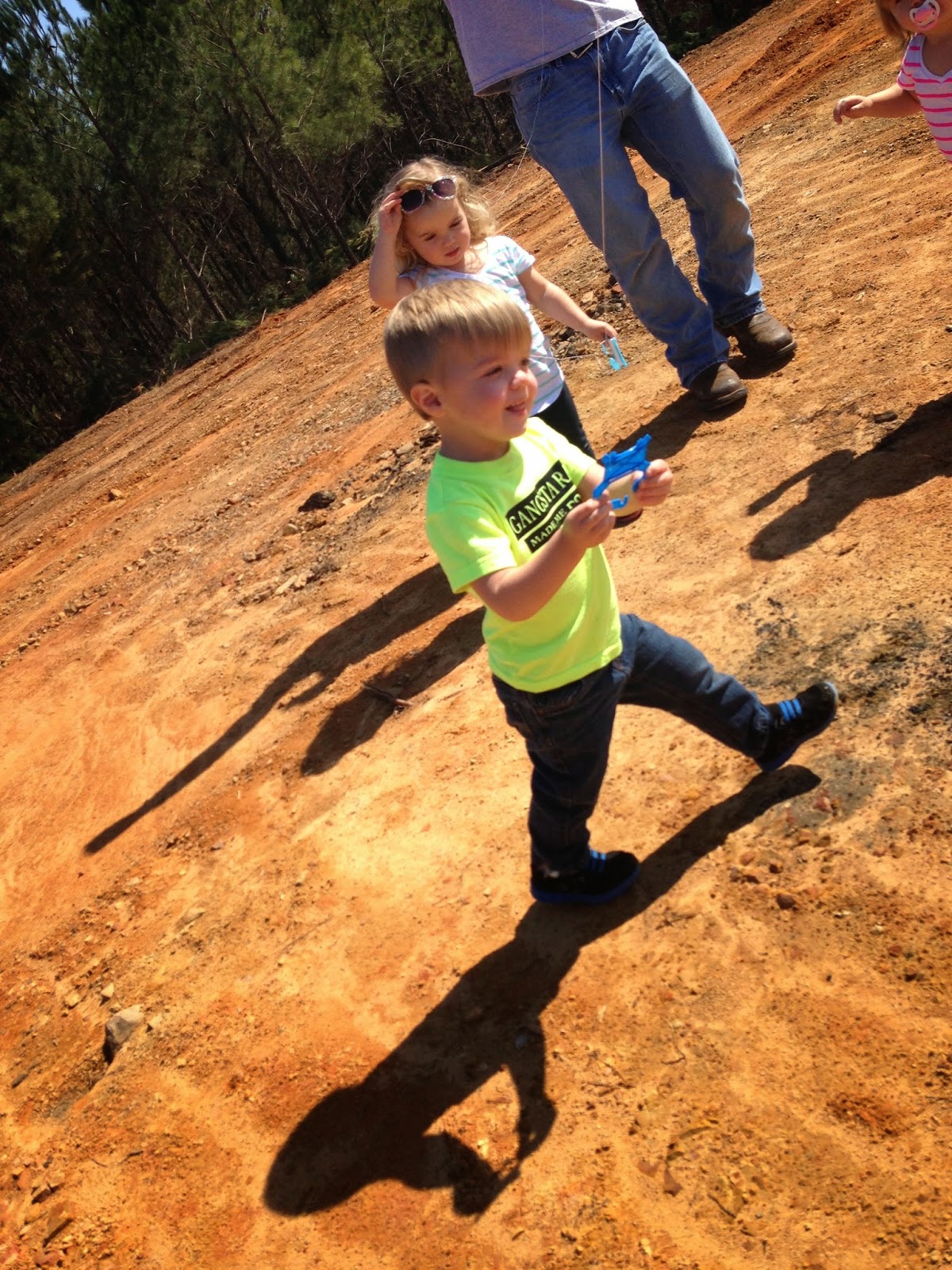 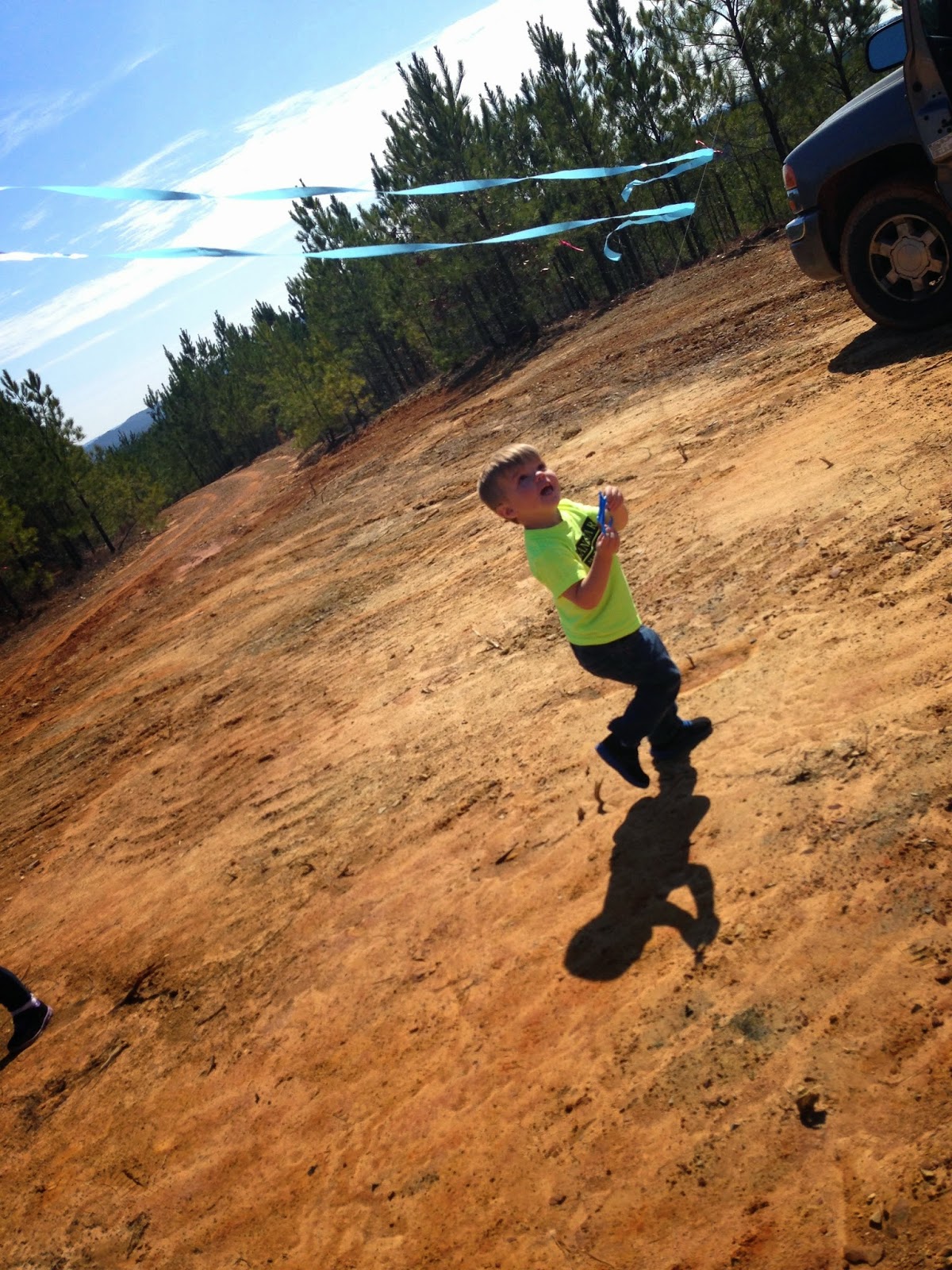 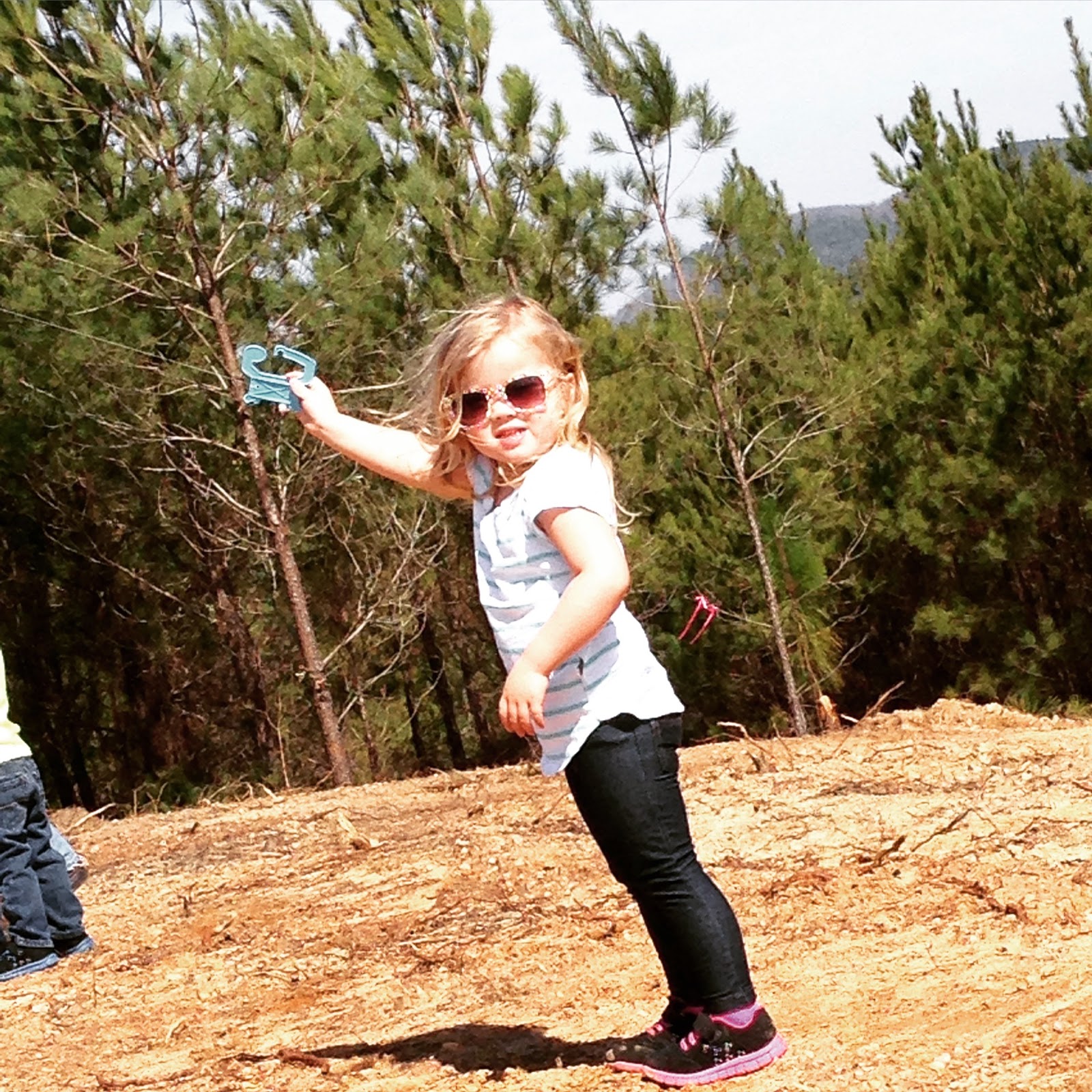 After they woke up, we met some friends at a local indoor bounce house gym. I think that is how one would describe it? It is local and just opened recently. They have bouncy houses, trampolines and toys upon toys for babies, toddlers and big kids. It is kind of the perfect place for a mom. You can literally let your kids go in the fun area (there is a gate where they cant get in/out on their own). The mommas can just sit back and watch them play! I’m that mom sometimes but mostly I am the one jumping in the bounce house with them. I actually had a pretty good day, pain wise, that day so I was all up in the action. If you’re a local of Childersburg, Sylacauga or even Chelsea, look up BounceLand at Bella Luna in Childersburg! So fun!

Sunday rolled around quickly with laying around and staying in. Monday morning came and I woke up sick. I’m talking very sick. I won’t give you the details but it was a horrible, horrible virus. I laid on the couch while trying to watch the babies and frequently running to the bathroom. It is very hard to take care of babies while being sick. Taking care of sick babies isn’t bad but when momma is sick, ugh. I hope that never happens again. The evening rolled around and I started feeling better. Then, miss Madelynn Rae threw up. I thought “well, crap!” I knew she probably had what I did. We laid them all down to bed that night just praying they were going to be ok and Maddie wouldn’t throw up in her sleep. 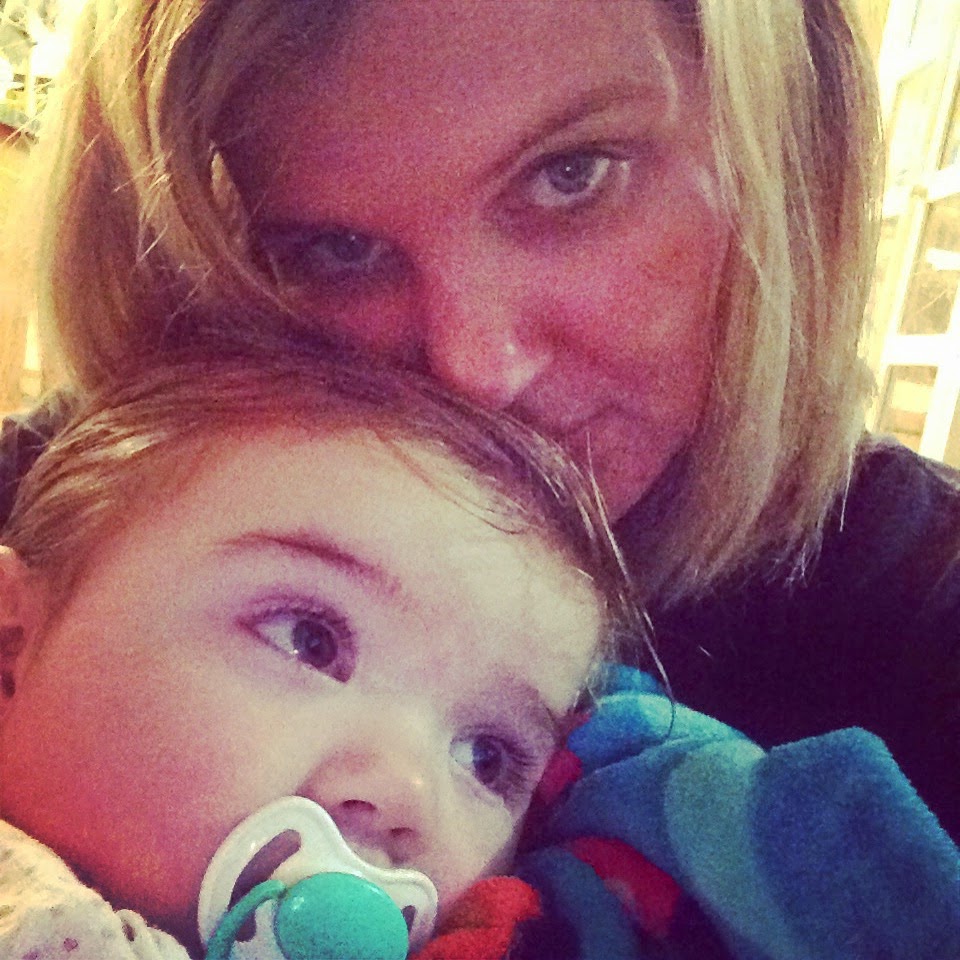 She didn’t thank goodness. Tuesday came and Maddie was kind of fussy with a fever all day long. I thought it was just an after affect of the virus. Later that night around 12:30 am she woke up with 104 degree fever. I freaked out! She was shaking and I was trying to calm her. She is very easy to please and entertain so it didn’t take long to calm her down and I was able to get her fever down to 99 before laying her back down. Since her fever had gotten that high, I took her to the doctor the next day.

You know what really sucks? When you have one sick baby and you have to bring the other two healthy ones with you. We had to sit on the sick side because I didn’t want to infect anyone on the well side from Maddie. I was really hoping for something that could be treated with an antibiotic but nope, just a damn virus. Grrrrr. 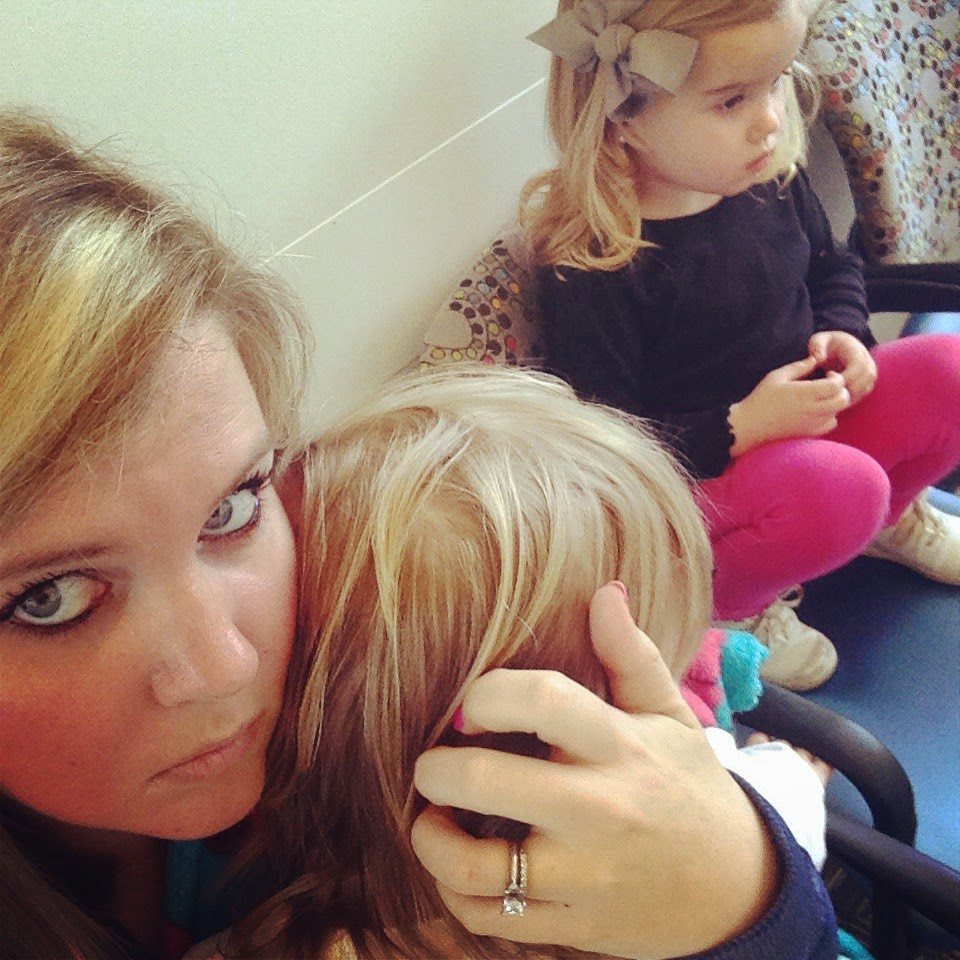 The twins practiced their emotions while waiting for the doctor to see Maddie! 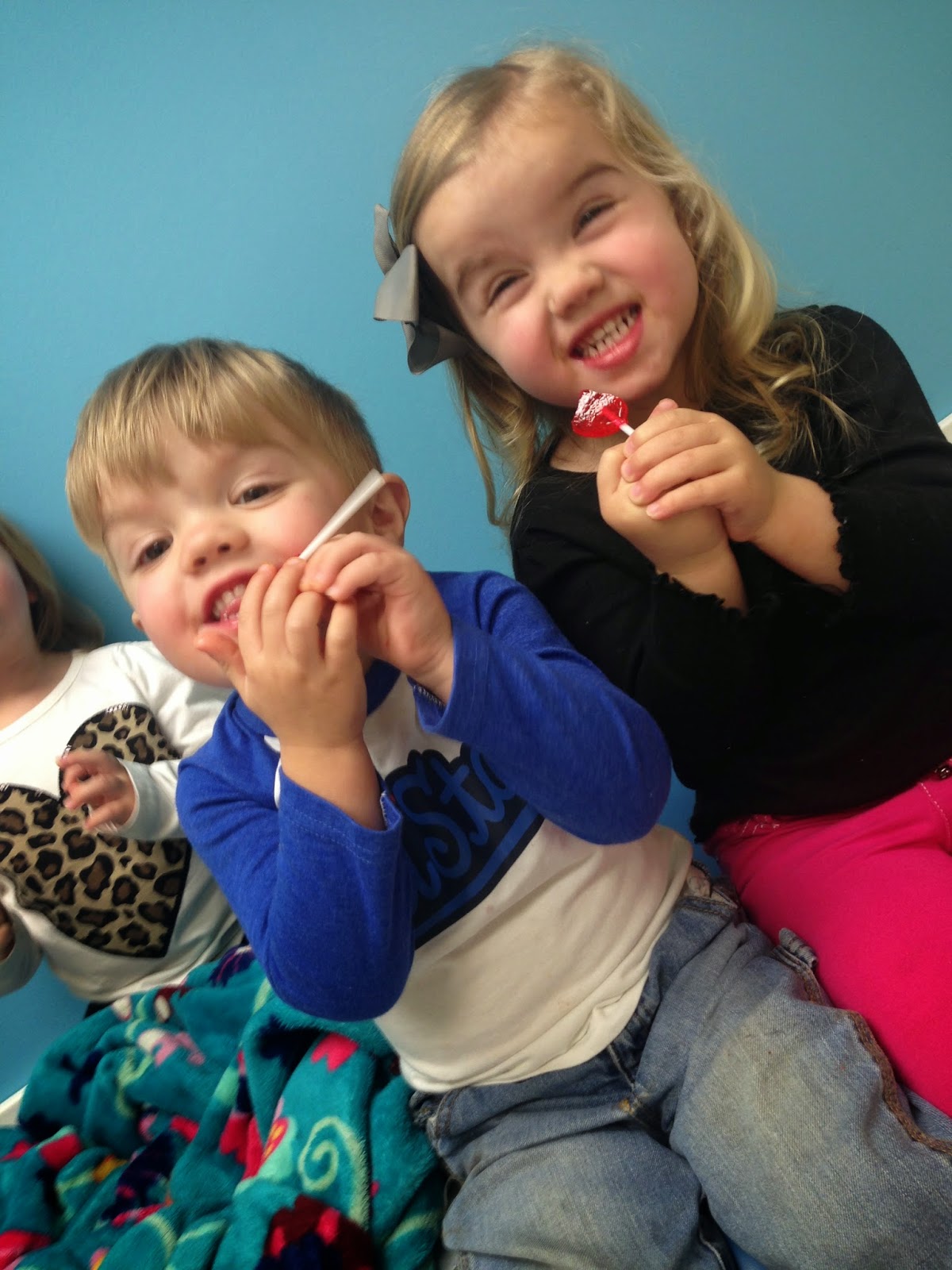 We went all day Wednesday and everyone seemed fine and that things were looking up!

You were wrong JEN! Woke up Thursday morning to Jocelynn throwing up. That poor baby had it as bad as her mommy did. She threw up every 15-20 minutes for about 8 hours. I was terrified because I couldn’t get her to keep anything down and we were going on 10 hours of no pee. I was finally able to get her to rest without waking for a straight hour. I syringed her some ginger ale every 10-15 minutes and she kept it down! She still didn’t pee though, so I upped the dosage of ginger ale after every 30 minutes. On hour 13 she finally peed for me! Yay for no hospital visit that day! You might wonder why i gave her ginger ale instead of pedialyte or Gatorade. Both of those I had tried and she threw up every single time. After she was able to keep the ginger ale down, I then worried about getting the electrolytes back in her. My docs rules are anything you can get them to drink, let them drink. 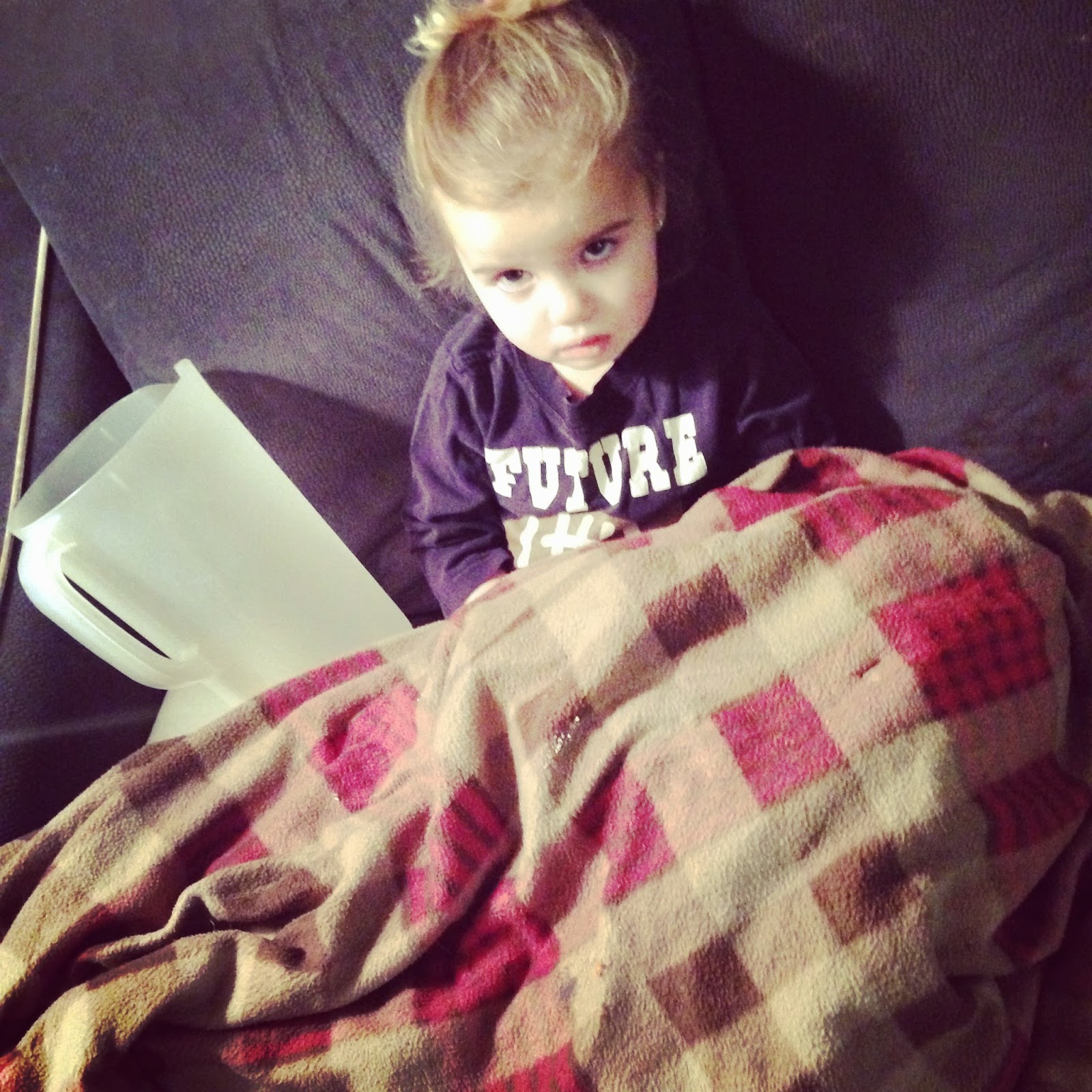 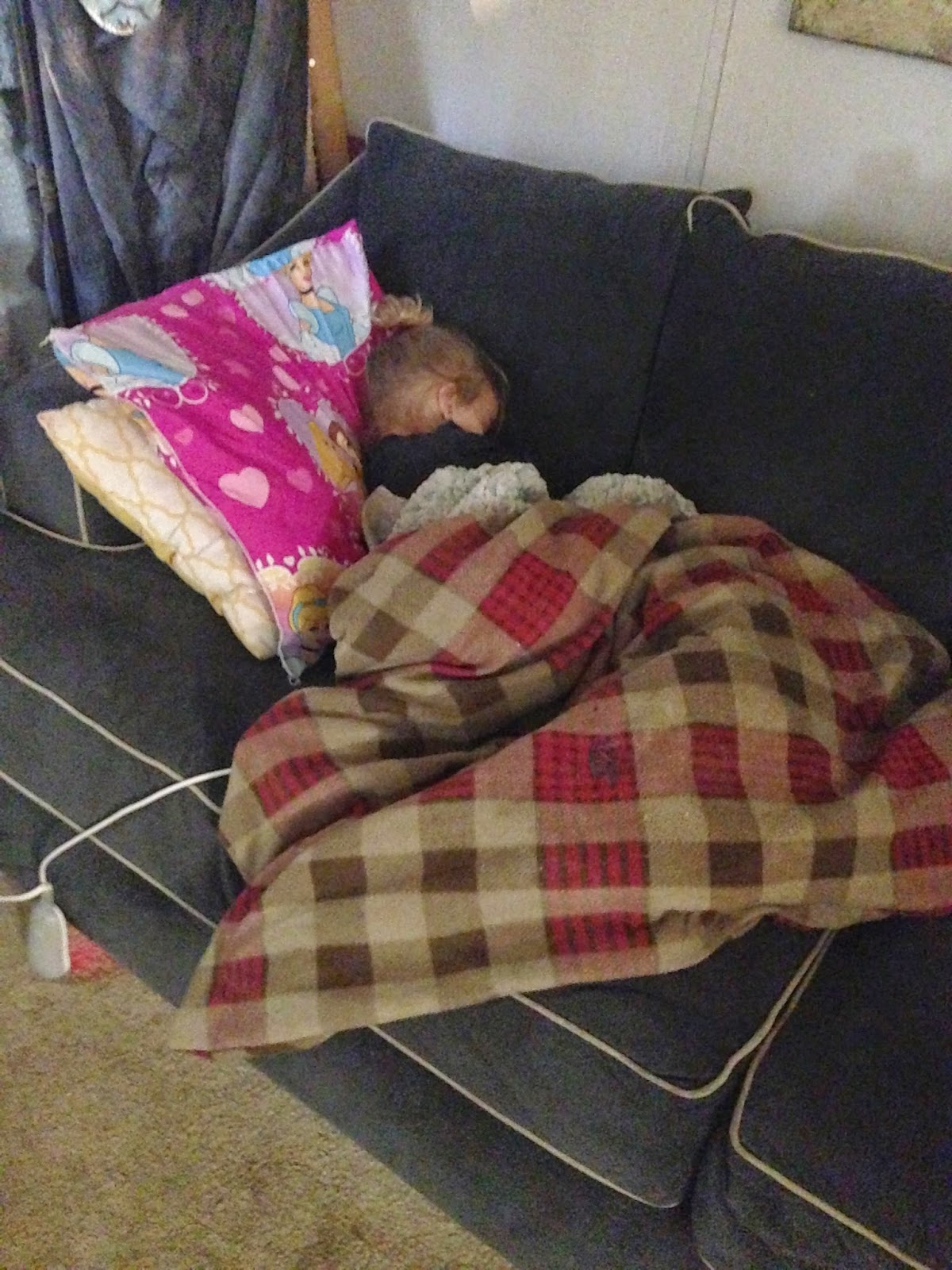 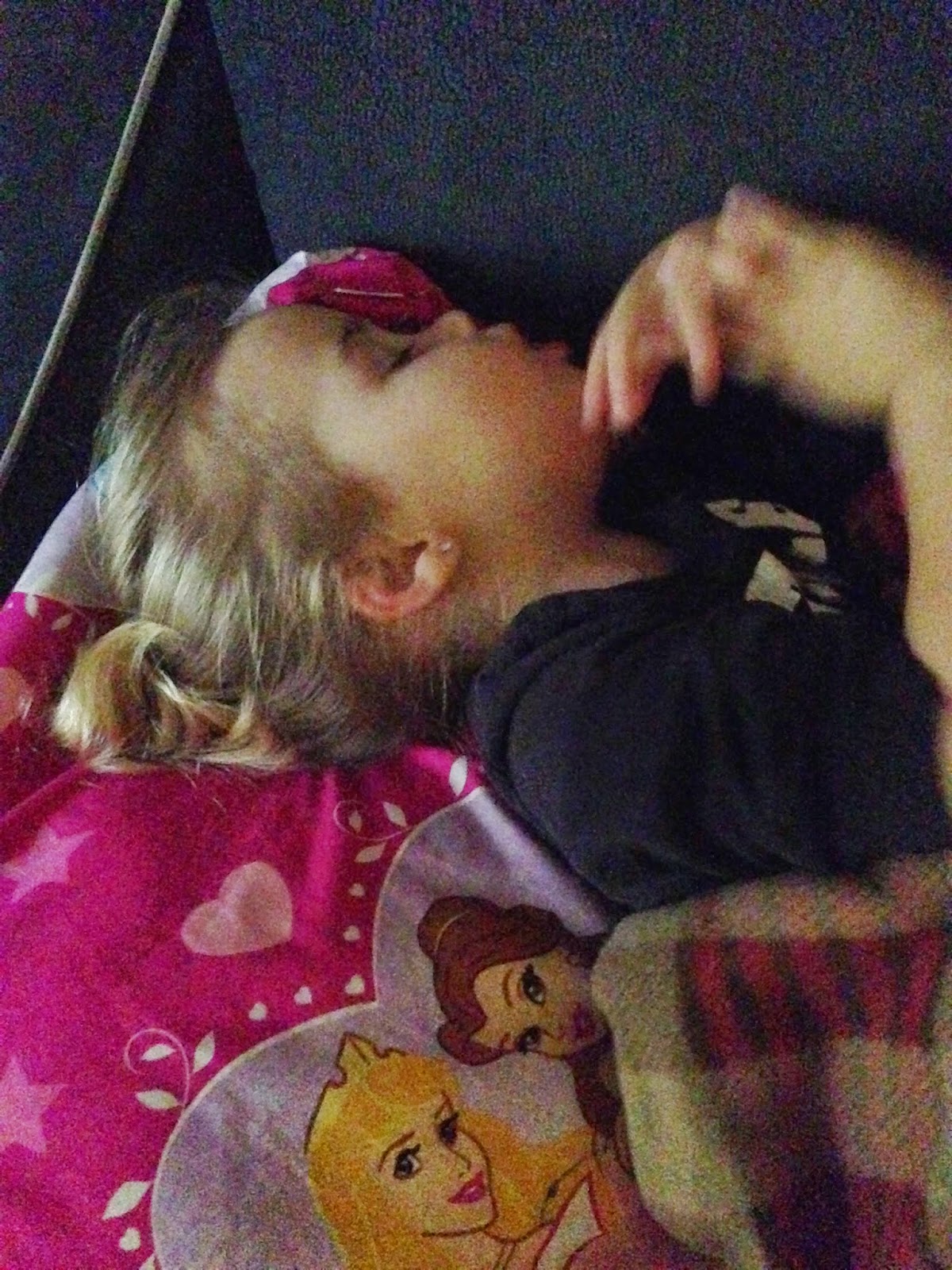 When 4 rolled around, I had officially been up for almost 13 hours. So all the coffee it was. I love my evening coffee anyways! 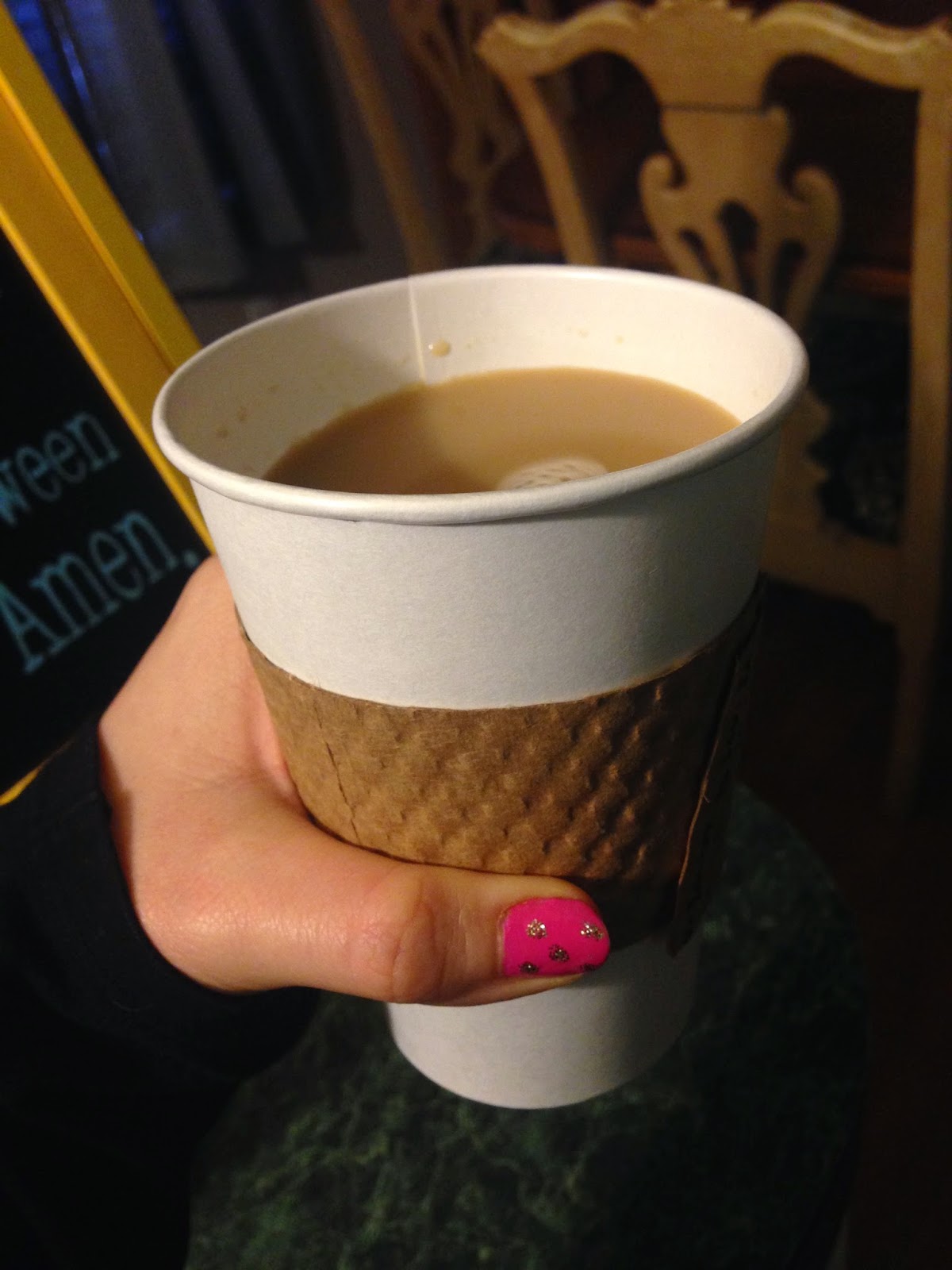 We thought we were in the clear when no one was showing signs of the virus on Friday. Then poor daddy got sick that night. I went into the den to sleep. Poor Matt thought I didn’t love him, but I did not want that virus again. I had already washed every ones sheets someone got it and had lysoled everything in the house. I was exhausted from trying to get the virus out of the house so I wanted to try and keep him quarantined. We all woke the next morning and I made Matt stay in our room. I took all three kids to Walmart and we spent three hours in there lol. We walked around and looked at toys, party stuff and bought groceries. Matt was already feeling better when we got back but I still made him stay in our room until all the babies laid down for naps. After I laid them down, he came out and we got back to work. Washed sheets, lysoled every single thing in our room, took showers, washed dishes. I mean everything. I know there is no way to stop a virus but theres got to be a way to at least help get rid of it somehow? Right?
Saturday night Matt felt great. This virus only lasts 12-24 hours but it is HORRIBLE. Sunday morning he felt better and the babies hadn’t shown any signs since Thursday. Matt’s mom had been asking to keep the babies so I let her have them Sunday afternoon. Me and Matt went on a little fishing venture. It is so nice to be able to spend some time with him and get a little bitty break after such a long week.
After a couple days of everyone feeling better and signs showing the virus was {hopefully} gone, back to our normal chaotic fun life of raising three under three!
I love all the faces of Maddie Rae lately.. 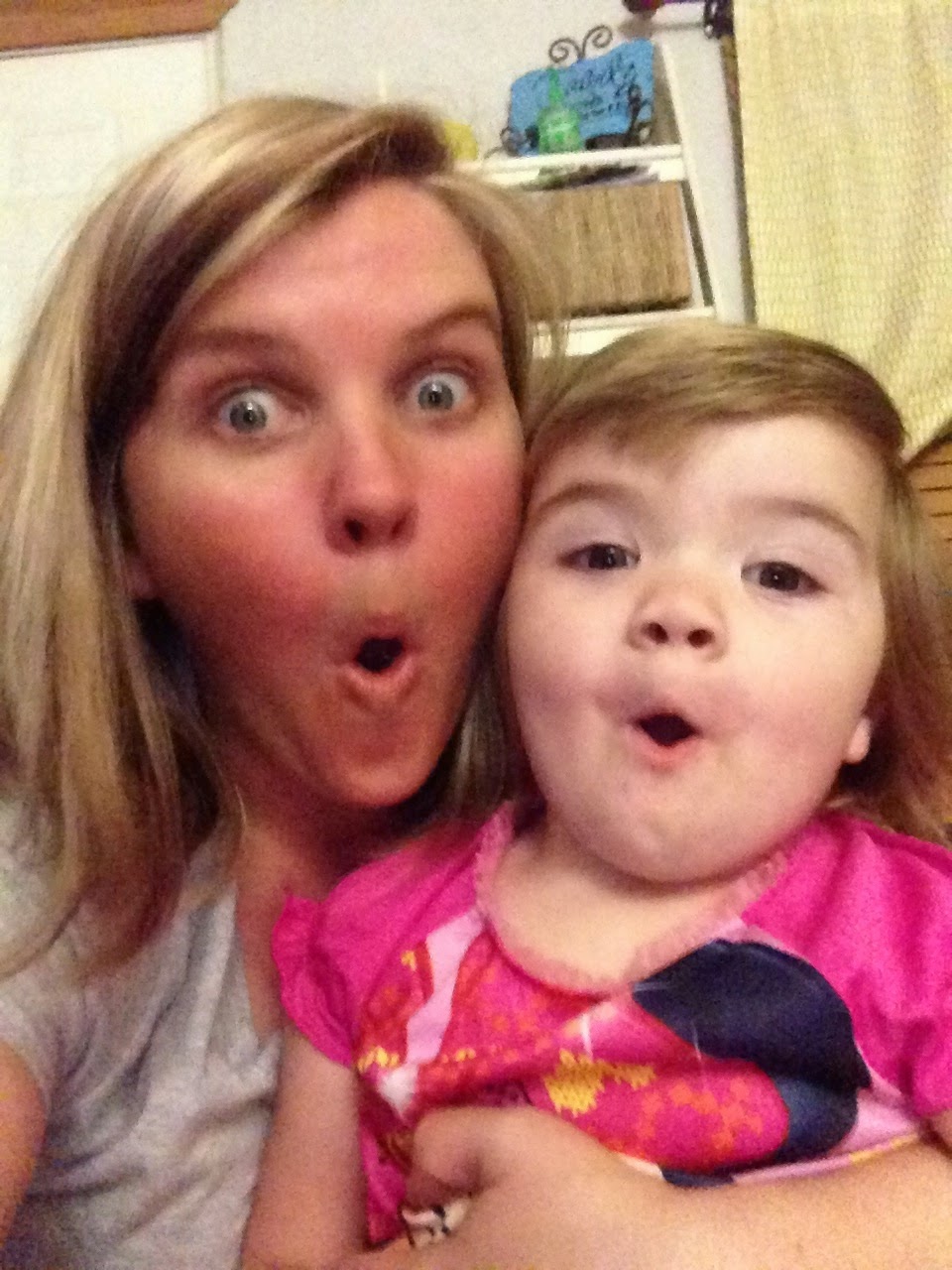 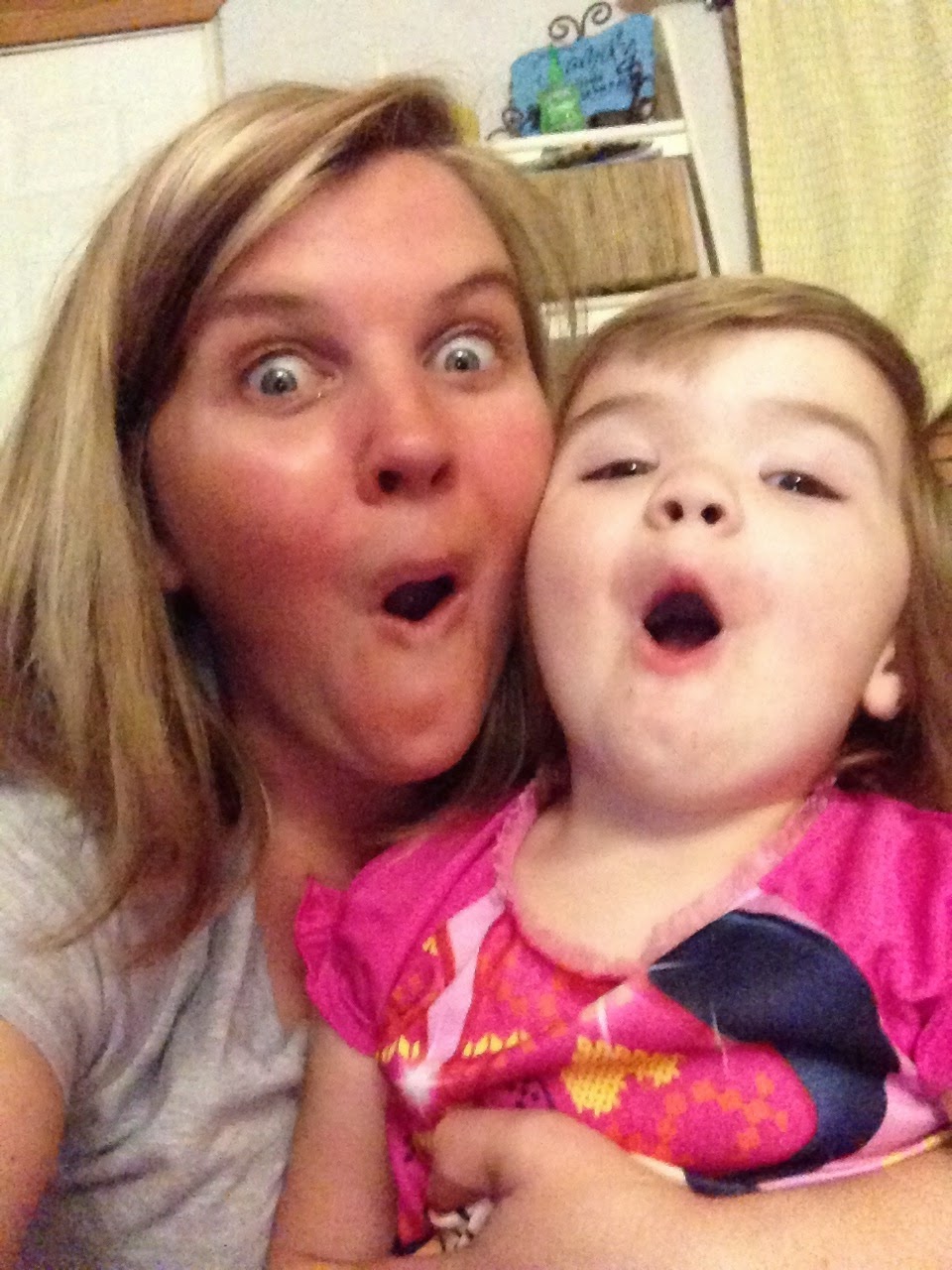 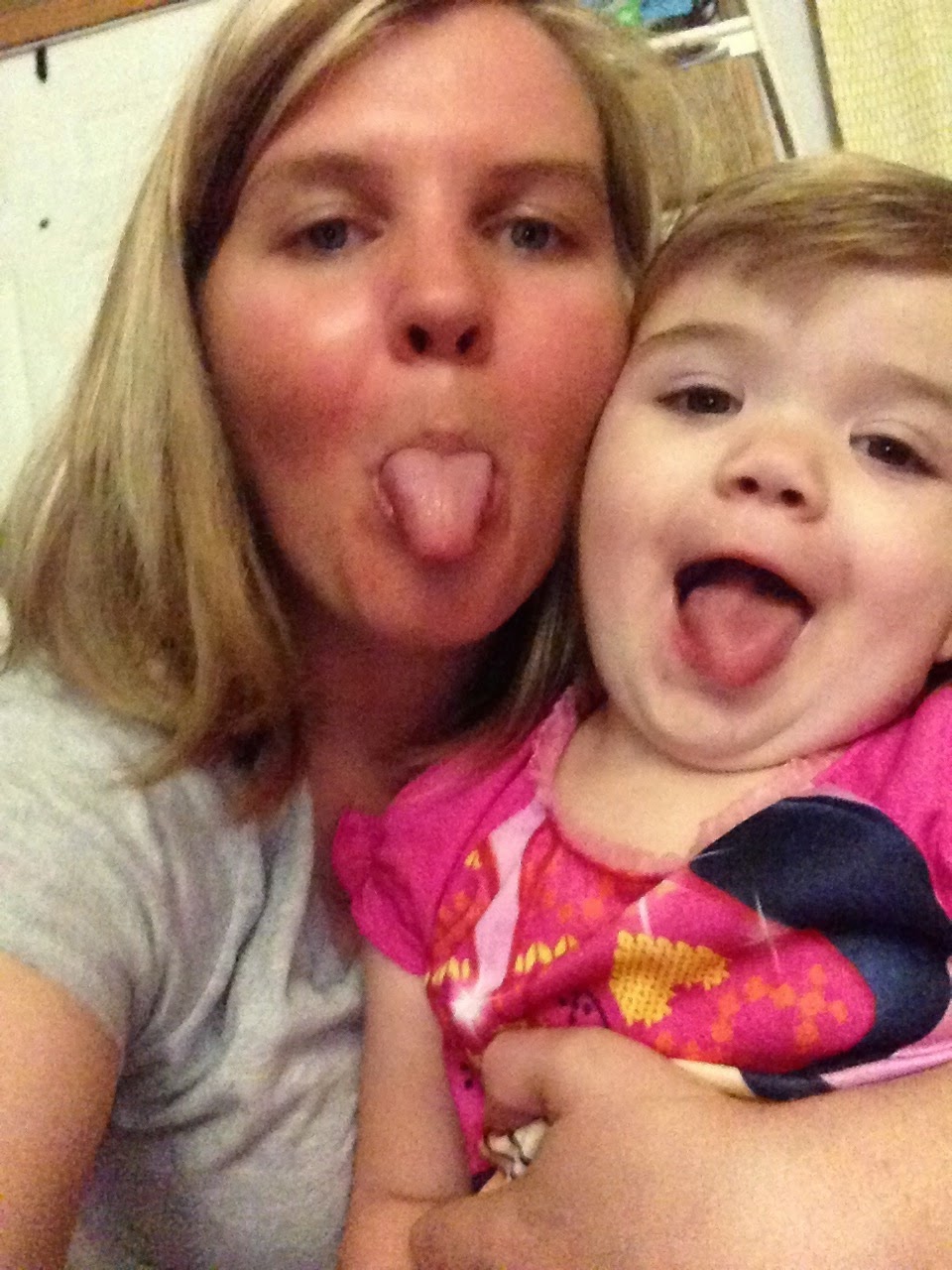 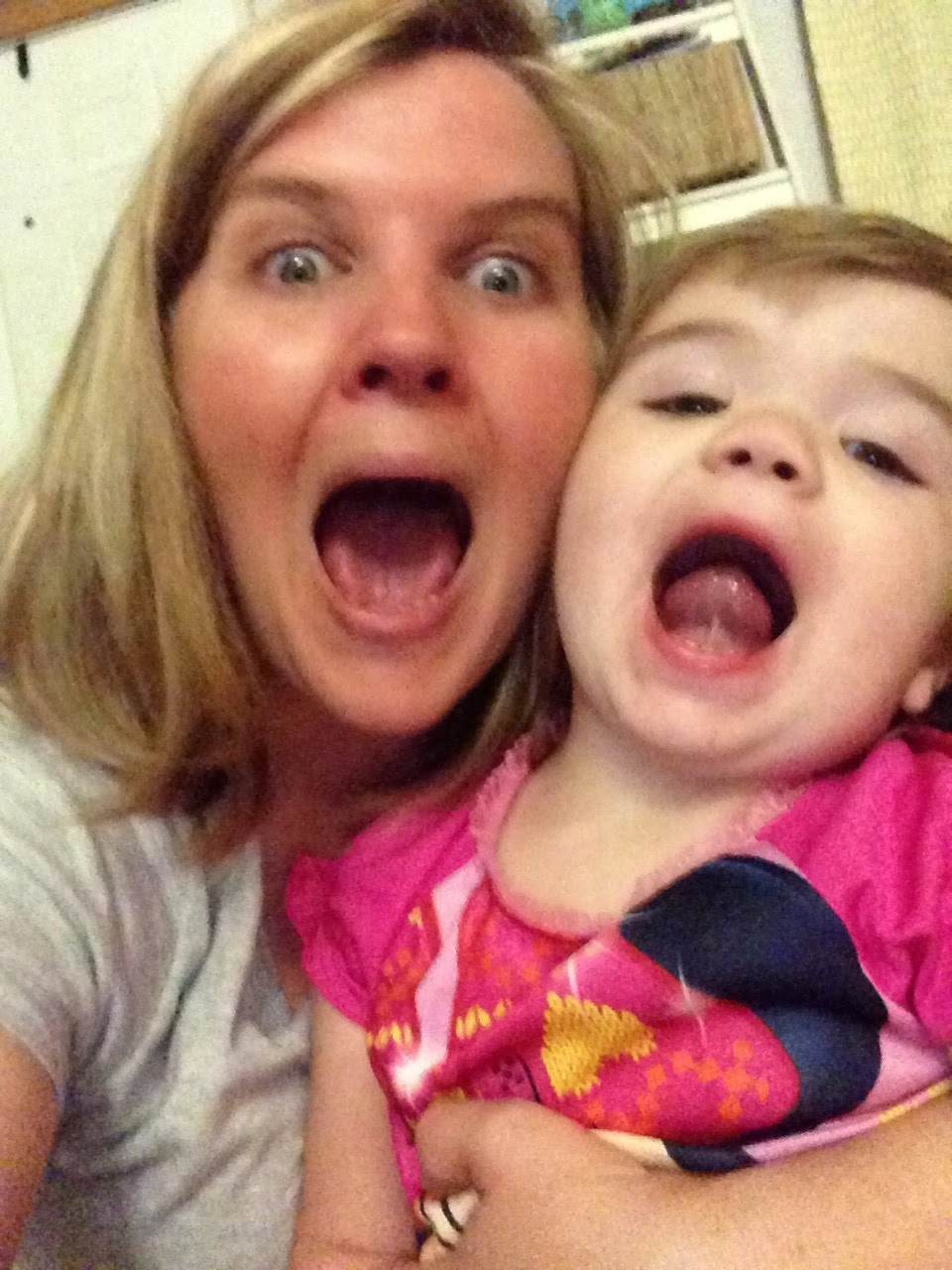 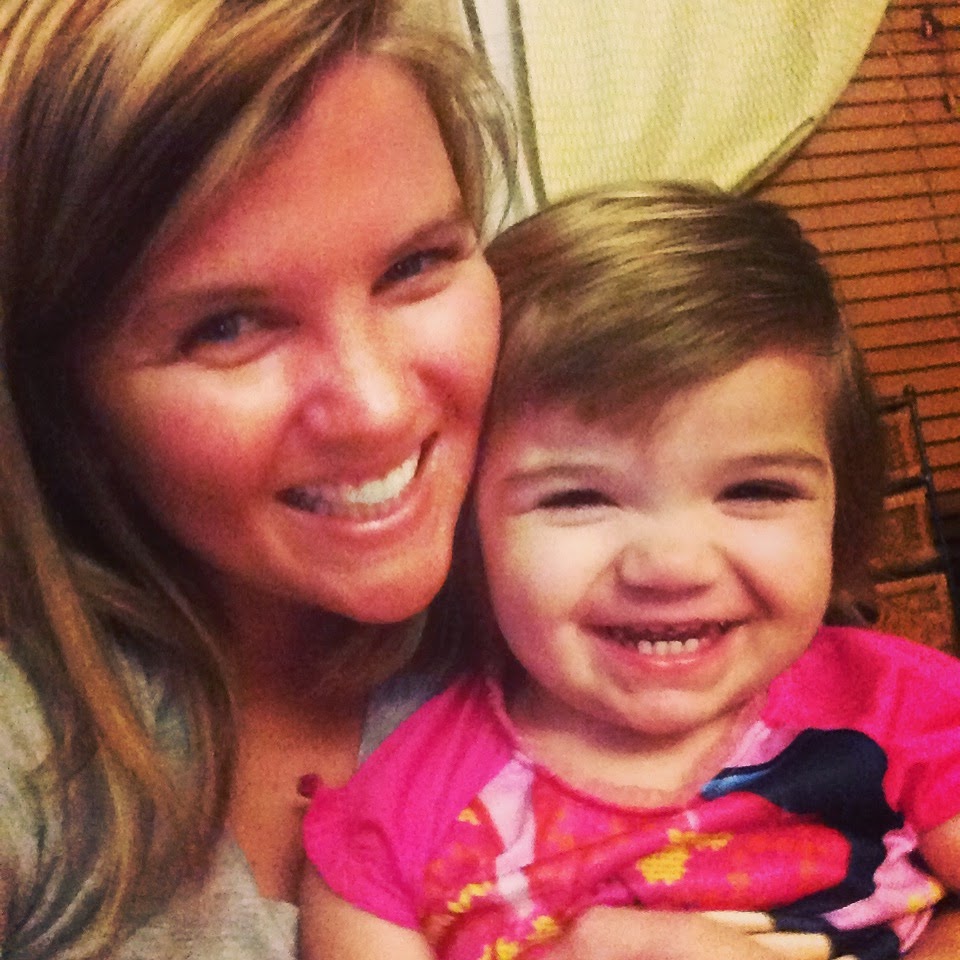