Yeah, I have fallen behind once again. I started my training this week and I think I went to bed every night around 8:30 or 9. Which is insane for me considering I usually stay up until midnight. My body is having a rough time but that’s for another post! This post is all about the Wild Safari we went to a month ago!!
We’ve heard about it on the radio, we’ve heard about it from our close friends. We just had to do it. By now, I am sure you know the love my whole family has for anything animal related. So Me and Matt woke the babies up bright and early one Saturday morning and headed out. You know, because we always tend to do things like this last minute.
The babies were so excited. We kept telling them all about it on our way and they would yell every 5 minutes ‘IS THIS WHERE THE AMINALS ARRREEE?” Nope, Not quite yet baby. It wasn’t a short drive but it wasn’t bad at all. I think it took maybe 2 hours, give or take, to get there. Perfect road trip for food, naps, and laughter. And you know I just had to get Matt’s favorite toy of mine out. Oh yes, my selfie stick! Can you tell how much he loves it? 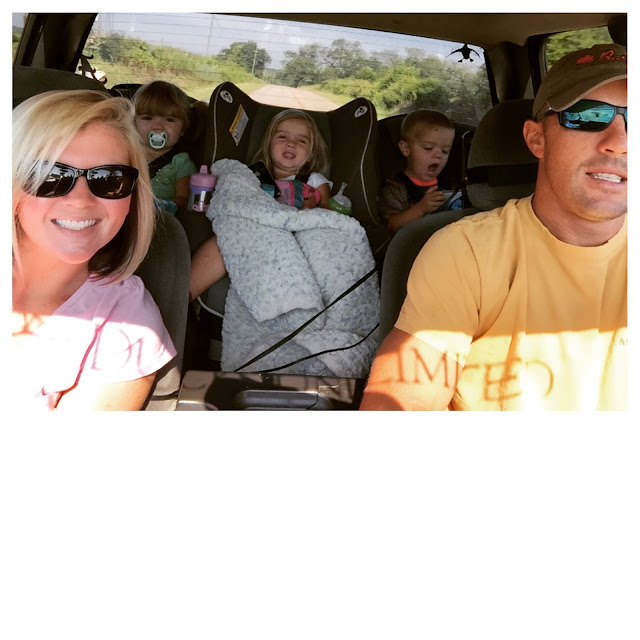 As in JP would say “OH MY GOODNESS Doswynn, I think we are here!!” 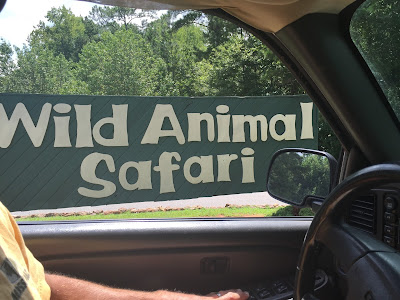 Don’t you know that everyone chose to go the exact same day as we did? I’m not even kidding. I thought everyone would be out laying by a pool or playing at a water park. No, I think they chose to do the safari on the hottest day just like we did.

Since there were so many people there, we had to wait an hour and a half for the van rental. You have  a few choices, you can rent their van, take your own car in the safari or do a tour bus type thing. Obviously we wanted the coolest experience so we rented the safari van!! During our wait we went to the animal walk. They have a ton of animals you can pet, feed and observe! Just up our alley! 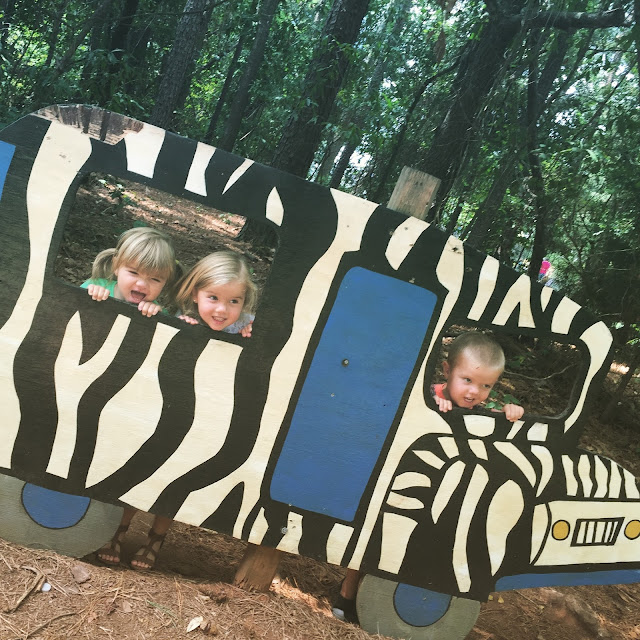 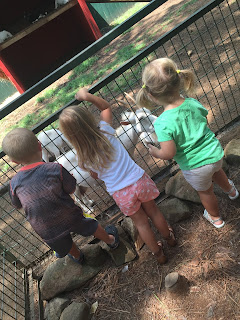 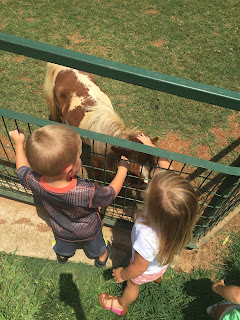 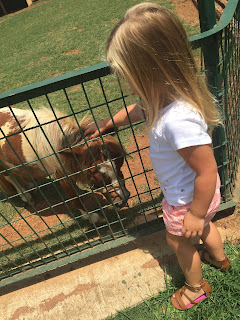 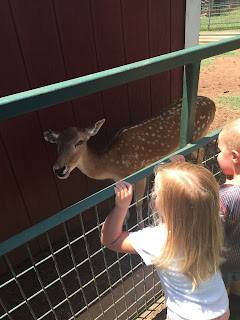 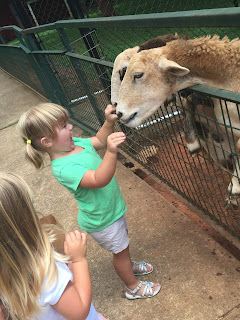 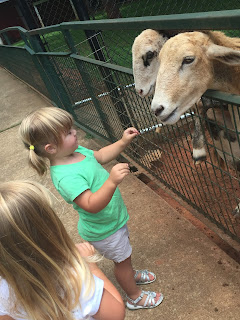 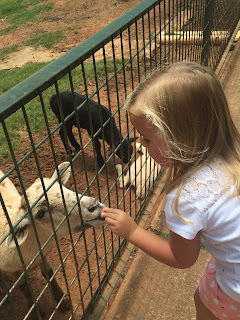 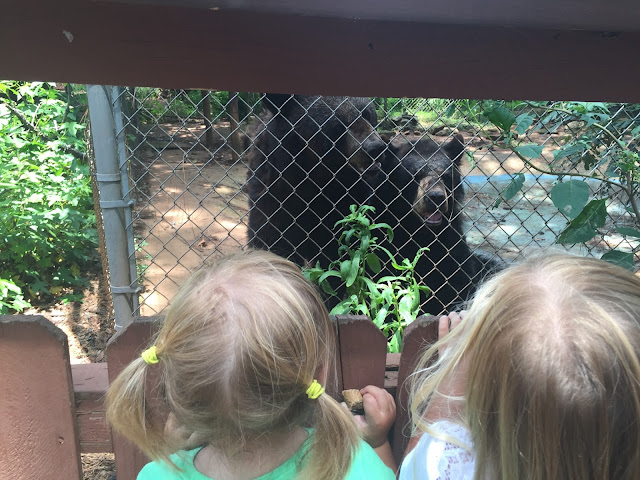 Let me tell you a quick story of this bear. He kept following us along his fence everywhere we went, if he could get to us. Up and down, up and down, back and forth. Finally we stopped and talked to him. He was so friendly. We saw a woman throw him some food and we thought it was against the rules, but after seeing her we gave him some too. He was so sweet. Matt got a little brave and really wanted to pet him. I told him to do it. He seemed harmless, although I am sure the bear would come out in him if need be. But I would imagine he is around humans all day long, every day. So Matt reached to the fence and what did the bear do??? He licked Matt’s hand!! We started laughing from shock. It was incredible. 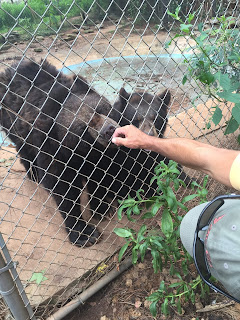 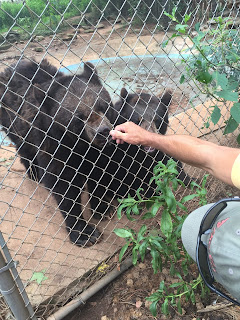 Time for the safari!! Check out this awesome ride! They don’t have AC, windows or radio but it is a BLAST!! 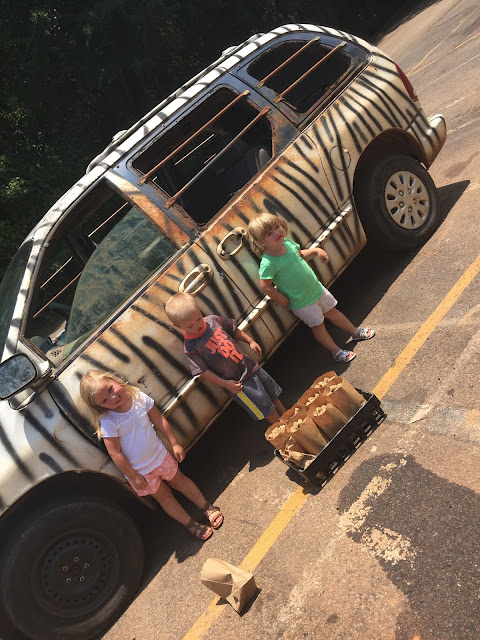 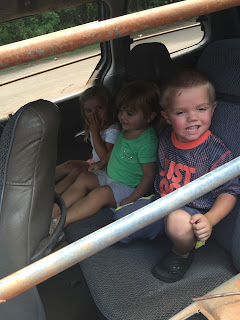 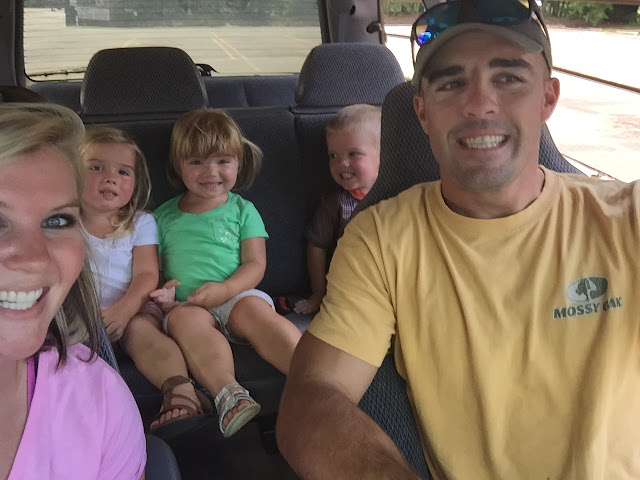 When we first started in to the gates, there were buffalo everywhere. Stopped in the middle of the road waiting for the next van to feed them! Seems like they are pretty smart and know how things work around there. The first one came up to our van and we started to feed him. I was laughing so hard. Matts side didn’t have any bars so these animals came in the van to see him! 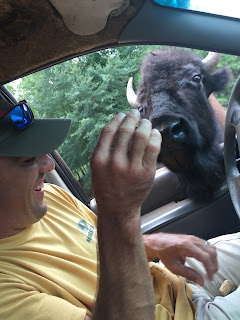 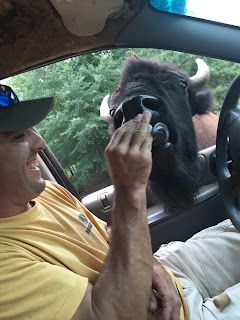 JP wasn’t too thrilled with the Buffalo. In fact, they terrified him. He told me he didn’t like those really big ones. 5 minutes later, we didn’t see him. He was in the very back row laying on the floor asking us if they were gone yet. 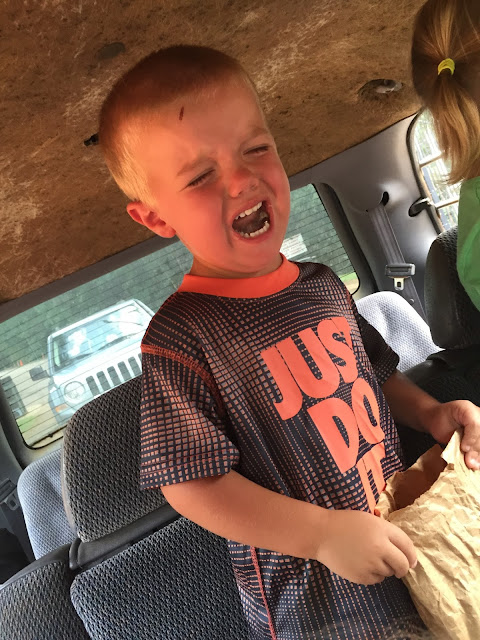 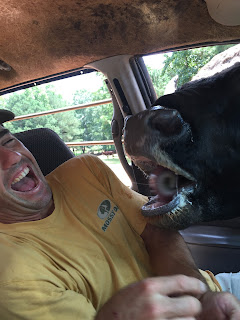 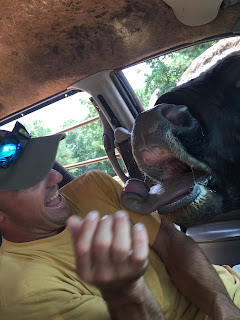 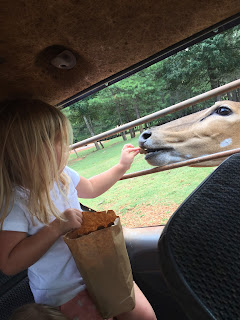 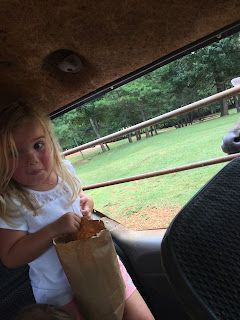 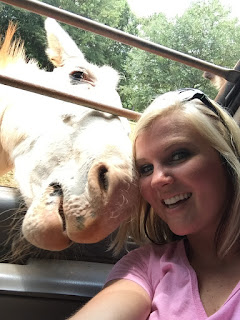 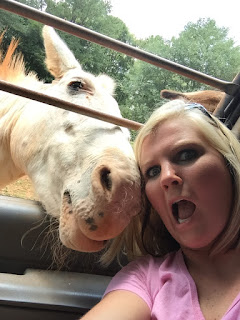 Towards the end of the ride, Maddie found her way up to her daddy. Just in time for the Zebras!! They came up to the window and were kind of feisty but that’s only because they have teeth. It was hilarious and amazing to watch those zebras. One walked up to Matt’s window and put her head inside the van. Maddie yelled “DONT BITE ME!!” 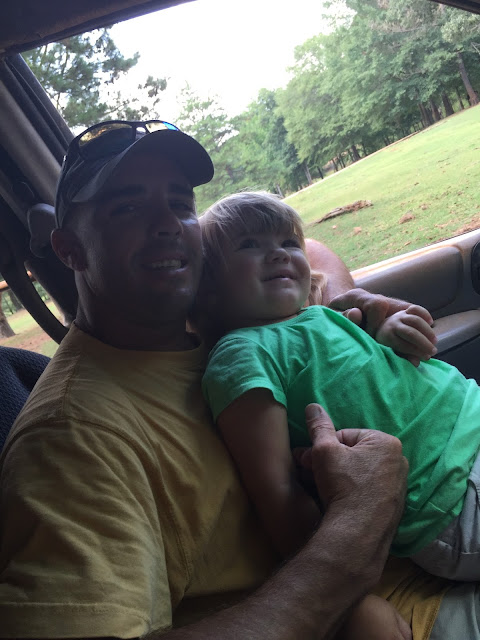 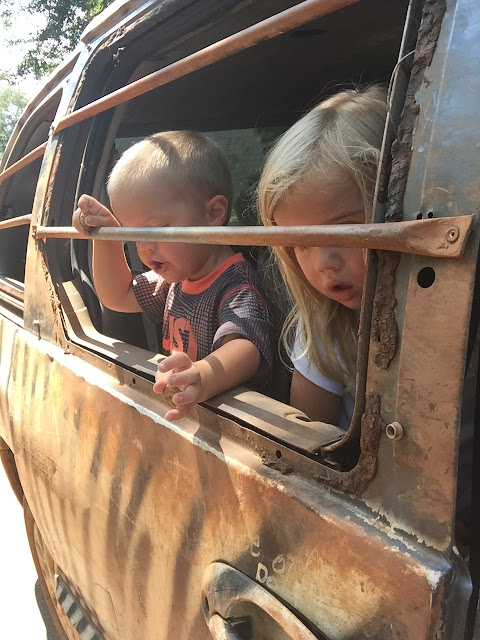 We had an amazing time, as we always do. We asked if they wanted to go again when we were done (just kidding obviously) and the girls yelled “YEAH!” while JP yelled “NO I DONT LIKE IT!!” You win some, you lose some, right?

If you live close by or just riding through this area you HAVE to go!! For more information go to their website HERE!! You can get $2 off your tickets if they are purchased online… which I forgot to do since we did last minute.